HOW WE KILLED FOREX DEALER, BY LEBANESE SUSPECT 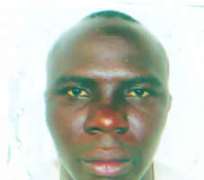 The Lebanese identified simply as Bilal, told the police how he, another Lebanese called Hassan, who is still at large, and a Nigerian, identified as Mohammed, connived to allegedly kill 35-year-old Sani, in a hotel on Marine Road, Apapa. Daily Sun reported the killing on Monday.

A Lagos State Police Command source disclosed that Bilal allegedly confessed to policemen attached to Area 'B' Apapa that they plotted to kill Sani and dispossess him of the $50, 000 (about N9 million).

According to the source, Bilal lodged in the hotel for the first time because of the plan. The suspect said that they chose room 72 which is on the last floor. He said the forex dealer was a friend to Hassan, adding that Bilal said he called Sani on phone to bring the money.

When Sani entered the room, he asked if the hard currency was complete.

Daily Sun gathered that as Sani was counting the money in the presence of Bilal, a man identified as Mohammed, came out from the room and hit him in the head with a plank. Bilal and Mohammed allegedly tried to tie Sani with a rope but, the man was too strong for them. Bilal was said to have allegedly stabbed the dealer in the head and eye with a knife, while Mohammed hit him with a stick.

He said when the victim collapsed, he carried part of the hard currency into his bag. Bilal was escaping from the scene but unknown to him the blood stain on his clothes would give him away. The private securitymen on duty stopped him and demanded to know how he came about the blood stain on his clothes. He wanted to escape, but the securitymen still insisted he should wait.

At that point, the Lebanese allegedly brought out the knife which he used on Sani, stabbed himself in the chest and warned that he would kill anybody that would want to stop him from escaping.

A policeman attached to the hotel hit the Lebanese hand with a long plank and the knife dropped from his hand. The securitymen overpowered him.

The policeman took the bag into an office with the key to enquire who the foreigner had allegedly attacked.

Hassan and Mohammed escaped from the scene. The taxi driver identified as Benjamin, was arrested alongside Segun, who is a commercial speedboat operator.

A source at Apapa police command disclosed that Bilal allegedly said the role of the driver was to convey the dealer and the hard currency to a hotel and also move them to under Liverpool Bridge area, Apapa while the commercial speedboat operator would convey them from the lagoon at Liverpool to another area so that police would not be able to trace them.

Confirming the story to Daily Sun, the Lagos State Police Public Relations Officer, Mr. Jaiyeoba Joseph, a Superintendent, said he could only confirm that one Lebanese was arrested in respect of the matter. Joseph said the police arrested Bilal at the hotel.

He said that the case had been transferred to the State Criminal Investigation Department (SCID), Yaba, Lagos, for further investigation.