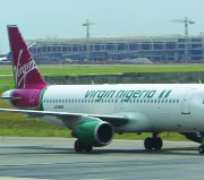 Senate is set to summon top management of British Airways, Virgin Atlantic Airways and other foreign airlines operating in the country over their failure to comply with a directive to refund five per cent fuel surcharge estimated at N230 billion.

The Senate Committee on Aviation, chaired by Hope Uzodinma had last month directed the airlines to refund the fuel surcharge because it was collected as tax from Nigerian travellers but not remitted to the coffers of the Federal Government.

Daily Sun, however, gathered at the weekend that some of the airlines were alleged to have approached the Senate committee 'to re-affirm their resolve to make the said refund.'