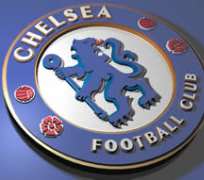 Chelsea yesterday secured the FA Cup for the seventh time after goals by Ramires and Didier Drogba overcame Liverpool. Ramires opened the scoring after a Jay Spearing error before Drogba peeled away from Martin Skrtel to make it 2-0. Liverpool were disappointing before substitute Andy Carroll reduced the deficit after poor play by John Terry.

There was drama when Carroll thought he had levelled but his header was adjudged not to have crossed the line after Petr Cech clawed his effort away.

A quality-starved first half was punctured after only 11 minutes when Ramires capitalised on a series of Liverpool errors to burst down the right and slot into the net.

Drogba's historic finish soon after half-time looked to have Chelsea comfortable, but Carroll came off the bench to slam home an emphatic finish shortly past the hour. The striker thought he had pulled off an astonishing comeback in the 82nd minute when he powered a header at the far post, but somehow Petr Cech was able to claw it back before crossing the whole of the line, those few millimetres securing the Blues' triumph as they held off a furious final assault.

Kenny Dalglish opted to leave Carroll on the bench, Luis Suarez playing alone up front with the likes of Steven Gerrard and Craig Bellamy forward in support, while there was no place for stalwart defender Jamie Carragher. Former Reds star Fernando Torres was named as a substitute for Chelsea, with Drogba chosen to lead the line, while Branislav Ivanovic partnered John Terry at the back and veteran Frank Lampard started.

Dalglish's men hammered away in the final minutes with Chelsea clinging on desperately – although Skrtel had to cover for an exposed Reina at the death – but the final breakthrough just would not come and the Blues celebrated their fourth FA Cup triumph in six years.