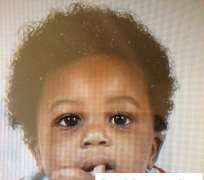 Some weeks ago, Nollywoodgists.com exclusively published a story that popular Yoruba actresses had secretly married her UK lover, Adewale David Adedayo who she already has a child for.

We also promised to release the picture of their union named Wonderful Enitan Adewale, who is about seven months old now.

Some weeks ago, during the 60th birthday celebration of former Lagos State governor, Bola Tinubu in Lagos, Shade was spotted at the event.

We also reported that both lovebirds are already planning to relocate to Canada from Dublin.

Here are the recent pictures of Lepa Shady's baby, herself and her new husband, Dayo.