CAN WE ALLOW NON-MUSLIMS INTO THE MOSQUE? 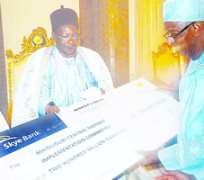 Photo:Sun News Publishing
More Sunlight of Islam Stories
Assalamu alaikum, Last week we were having gasht in our mosque a non-Muslim German walked into mosque by himself and sat down with us to have few words with us. He was feeling very happy. But later on we were scolded by a local Arab as to why we allowed non-Muslim to sit in the mosque. so my question is can we allow them to come inside in this situation.

It is permissible to bring or permit a non-Muslim into the mosque. Rasulullah (Sallallaahu Alayhi Wasallam) used to host non-Muslim delegations in Musjid-e-Nabawiy. That opportunity should be embraced to make Da'wah to non-Muslims.

It is permissible for the non-Muslim relatives to come to the Masjid on condition they wear appropriate clothing and respect the sanctity of the Masjid.

Is it permissible to built a house on the roof of a Masjid?

No, it is not permissible to build a house on the roof of a Masjid.

I recently received an email that states that the term 'mosque' is derived from the Spanish word for 'mosquito.' It was termed as such because during the Crusades, King Ferdinand said they were going to go and swat the Muslims 'like mosquitoes.' Is this true?

There was a lecture of guest Aalim after Maghrib Salah at our Masjid. He drove for 4 hours to come to our Masjid. There was dinner after his speech. The arrangements for dinner were made in the parking lot of the Masjid. The speech finished at 7:25. The time of Isha starts at 7:28. The time of Jamaat was at 7:45. Since it was very cold that night and people had to eat in the cold, and also because the guest Aalim had to drive back after Isha for 4 hours, and also because most of the regular Musalli of our Masjid were present at the Masjid plus over 150 more Muslims who came to listen to the speech, I took Mashwara from the Musalli's whether we should pray Isha Salah right after the Azan. The people said yes. But when I when I was about to start the Salah a person started yelling in the Masjid that we must wait till 7:45.That person also made some derogatory comments about the Imam.

In the circumstances mentioned above, do I have the right to what I did after taking Mashwara from the Musallis. Is yelling allowed in the Masjid? Can a Musalli insult the Imam, like this and later pray behind the Imam?

The times for congregation could be adjusted according to circumstances. Since people are sensitive to time, that should also be taken into consideration and adjustment should be made with consultation. In the instance referred by you, you have acted appropriately. You took into consideration the visiting Imaam, the cold weather and the Musallees also approved the adjustment. The person who was yelling and made derogatory remarks has not acted appropriately. He should extend an apology.

When walking into a room or a Masjid, where some people are reading the Qur'an, if I say Assalamu-Alaikum, are they supposed to stop and respond to me?

They are not obliged to respond.
In the first place, you should not greet this person since he is involved in an Ibaadat.

What is the ruling of walking in the Masjid in front of a person performing Salaat?

Is it permissible to ban a habitual thief from the Masjid when one of the conditions of a Masjid is Izn-e-Aam (general permission)?

It is permissible to prevent a habitual thief from coming to the Masjid. (Shaami vol.1 pg.661; HM Sa'eed)

A person who is a Musaafir joins the Imaam and did not know the Imaam was also a Musaafir. When the Imaam made Salaam after two Rakaats of Dhuhr Salaat, the follower stands up and completes four Rakaats. What is the condition of his Salaat?

The Muqtadi will have to repeat the Salaat. (Imdaadul Ahkaam vol.1 pg.723)

If there is a picture of the Kaabah, or Masjidun Nabawi on a musallah, is it sinful to stand or sit on the picture?

It is not a sin to perform Salaat on a Musalla having pictures of the Ka'abah or Masjid on it.