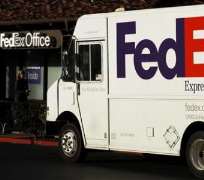 Excluding one-time items, profit rose to $1.55 per share from 81 cents a year ago.

Revenue increased 9 percent to $10.56 billion from $9.66 billion a year ago. Analysts on average were expecting $10.6 billion, on average, according to Thomson Reuters I/B/E/S.

The company forecast current quarter earnings of $1.75 to $2.00 per share and $6.35 to $6.60 a share for the full year after one-time items, based on the current outlook for fuel prices and moderate global economic growth.

FedEx is undergoing a fleet upgrade to improve fuel efficiency, having announced in December that it was buying new Boeing (BA.N) aircraft to replace some aging planes and delaying delivery of others to cut expenses.