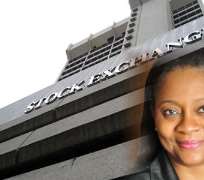 I am an investor at the Nigeria stock market. I invested all of my gratuity earnings that I received from the Ahmadu Bello University (ABU) about six years after I had left the university in purchasing shares of the Transcorp Company in 2007 at a unit price of N7:50. Today as I wrote, the share price of this company stood at about 50 kobo; and since I bought the shares of this company I have received neither a company report nor a letter of invitation to a shareholders’ meeting. I wrote the company without getting a reply. Just few months ago I wrote an acting CEO of Transcorp about the complete shut out of information from shareholders. He promised to investigate and get back to me; unfortunately, he resigned few months on the job and I am yet to receive any kind of response from Transcorp.

I bought the shares of UBA (then, Standard Trust bank) while residing outside Nigeria, at N 4.00 a share. Today as I wrote, a share of UBA was valued at less than N 3.00. When I returned to Nigeria to teach at the American University of Nigeria, we were approached on campus to invest in the shares of Zenith bank. I bought shares of this bank in 2006 at a unit price of N 16.90. Today as I wrote, a share of Zenith bank stood at N 13.00. My wife also has investments in Dangote Company and DAAR communications. She can tell the same story.

When the House of Representatives set up the Hon. Hembe committee to investigate the unrestrained crash of the Nigeria stock market, to an investor like me whose confidence in the market is so shaken, it was an opportunity to understand the workings of the market, the regulatory processes of the market, and then determine the way forward.

I watched with keen interest and sometimes awe the proceedings at the hearing on Wednesday, March 14, and Thursday, March 15, 2012. The DG of the SEC, Ms Arunma Oteh alleged the House committee investigating SEC was a “Kangaroo court”; she accused Hembe of collecting a first-class air ticket on October, 20, 2011 from SEC to attend a conference on capital markets in the Dominican Republic but failed to attend the conference without refunds; Ms Oteh accused the Hembe committee of asking SEC for a sum of N 39 million to sponsor the committee hearing; she alleged that on Tuesday, March 13, 2012, the Hembe committee requested for N 5 million naira from SEC. She then questioned the integrity of the chair of the committee, Hon. Herman Hembe.

Not done yet, Ms Oteh alleged that the hearing was a witch hunt of her person because the wife of the deputy speaker of the House of Representative had worked at SEC when the former DG of SEC (Dr. Okereke) presided at SEC, and that Dr. Okereke was an aunt of the deputy speaker. All those allegations were meant to impugn not only the house committee, but also the leadership of the House of Representatives. In other words, the House of Representatives lacks the moral authority to investigate the SEC and by extension, Ms Oteh since in Oteh’s opinion they have certaininterests linked with the SEC. This is a smart move by a sharp mind. I recall when Apostle Paul appeared before the Sanhedrin council. Sensing a division within members of the council, some of whom were Pharisees (who believed in the resurrection of the dead) and the Sadducees (who did not believe in the resurrection of the dead) he alleged that he was on trial because of his belief in the resurrection of the dead. That brought the hearing to an abrupt end.

The allegations that Ms Oteh made at the hearing require investigation by relevant agencies such as the EFCC and the ICPC. And it is good and right that Hon. Hembe promptly asked those agencies to investigate fully himself and his committee. The hearings then continued on Thursday.

I have heard or read comments which can be summarized as follows:

1.The chair, Hon. Hembe did not give Ms Oteh fair hearing; he did not allow Oteh to speak freely as he kept “interjecting.”

COMMENTARY: I watched the proceedings. No official of SEC got the amount of time Oteh had to respond to all that her staff (such as the Director of Human Resources, Director of Audit, Director of Legal matters, Director of SEC institute, Director of Administration, etc.,) said in her presence. Although Hon. Hembe had signified to bring hearings to a close by 4.00 pm when Oteh was given the chance to respond (more than 30 minutes before that time) the hearing continued well beyond 4.00pm, ending a few minutes to 5.00 pm. Oteh, had to interrupt while her staff responded to questions, seeking to jump in without being asked to, and not heeding to appeals to wait her time; in fact, the sergeant at arms had to be called in. When Oteh was given time to respond, she rather spent so much time in an exercise in bellicosity, image polishing, and failed to deny the points raised by her staff, which among other things established that the SEC under Oteh violated the Monetization law (which violation carries a custodian sentence of 5 years without an option of fine), violated employment procedures, and compromised regulator ethics even as staff of Access bank were recruited to work with Oteh while still on the payroll of the bank.

2.Hon. Hembe was too harsh in his line of questioning. He was not as gentle as Hon. Farouk, who headed the house committee on Fuel subsidy probe.

COMMENTARY: Every man or woman has their manner of life and temperament. It is not for the interviewee, for instance, to determine how he should be questioned, and the tone of voice with which he should be interviewed. Anyone who appears before a committee of the national assembly is supposed to answer and not to ask questions. But I was taken aback that someone who was not shy of public display of some international exposure would display an unpolished attitude to perceived provocation. I cannot control how people treat me; but I have control on my response. Oteh turned herself into an inquisitor, asking the committee to answer her questions! The display of arrogance was palpable. Maybe she felt she should not be drilled by a “small boy” who was probably in primary school when she graduated with a first-class degree at UNN in 1984.

3.Questions that the Hembe committee asked were irrelevant and bore no significance to the unending crash of the Nigeria stock market.

COMMENTARY: As an investor at the Nigeria stock market it bothers me that staff of a bank, still on the payroll of that bank would be working for the regulator of the market in which that bank operates with the banks in which I have shares. If someone sees nothing wrong in this, as an investor I have issues with it. And it reveals poor judgement on the part of the DG of SEC, and questions her ability to turn around the fortunes of the market since she took over in January 2010 (and from that time to date my share values have only eroded, standing in a worse monetary position that they were before she came). As an investor, I should ask what insider trading could be going on given this eye view.

If SEC would spend tens of millions of public funds on a DG’s accommodation and feeding, how can the SEC query extravagant lifestyle of CEO’s of quoted companies who live in opulence at the expense of investors like me whose investments appear doomed?

At the hearing on Wednesday, there was a presentation by the chairman of stock brokers in which he lamented the condition of his colleagues whose expert opinion is no more reliable based on the goings on in the market. Does one need to tell the reason? Insider trading shuts out stock brokers who are not in the thick of things because of manipulation of prices.

The director of legal matters at SEC made pointed assertion that his views on legal matters were not sought, not even by the DG (and the DG did not deny). He even alleged an advertisement placed out by SEC under Oteh, which sought to disparage his views (and DG Oteh did not dispute). He spoke about an investigation within SEC, whose reportwas shot down. Don’t all these reveal some internal quarrels or conflicts within the regulator? Can a divided house stand? Can the regulator perform its functions then?

Irrespective of the mud that DG Oteh threw in the hope to cause a distraction and frustrate the hearings, the probe must continue under the same committee members and leadership, and in public view. Ms Oteh was asking about fairness. I should on behalf of investors in the NSE market ask about fairness too.

Is it fair that my earnings as a former lecturer at ABU have been lost, and SEC does not perform its oversight responsibility to compel quoted companies such as Transcorp to respond to its shareholders? Is it fair that Ms Oteh has taken no action to compel Transcorp to declare and share profits from its investments such as Transcorp Hilton hotel with shareholders like Shilgba? Is it fair that a company she regulates would commission an orange concentrate company in Makurdi few days ago under its CEO Tony Elumelu and investors like me are in the dark, and only heard about this in the news like any other person, with our investments all tied up? Is it fair that DG Oteh would look the other way when investors like me are so treated? I use this forum to report this plight of mine and fellow investors’ to the Hembe committee. The committee should demand from Oteh what her commission has done and will do to address the unfair way in which we have been treated by Transcorp. It is neglects such as this that have partly driven investors like me away. I shall not invest again in the Nigeria capital market as long as the regulator does not protect investors.

I would like to remind Nigerians that we must not fall for the usual tricks every time. When someone is being probed in Nigeria, so many insinuations are made which could scare away the relevant agencies or committees doing the probe. Insinuations bordering on ethnicity, religion, political persecution, gender discriminations, financial inducement, etc., are thrown up. Then we Nigerians jump in to denigrate the agency or committee, and unwittingly contribute to taking away attention from the issues. If there is any corruption case established against any member of the Hembe committee, let the appropriate agencies look into that. If SEC and its DG have questions they must address on the processes and procedures within the SEC, our investments at the NSE and the health thereof, and the time-bound and smart programs and plans the SEC has to revive the fortunes of the Nigeria stock exchange market and investor-confidence, SEC owes us Nigerians that respect to answer.

It is not a crime to return to Nigeria and serve at home (Many of us Nigerians who lived abroad have returned, and are doing just that). But it is disrespect to Nigerians to treat them with a cavalier attitude because you are serving them. Any committee of the national assembly represents all Nigerians and must be accorded that honour, even if a “small boy” heads it.