I did Support My Dad - Michael Essien 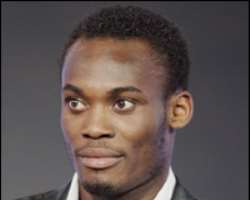 Not long ago,the sunday mirror reported that Michael Essien was not taking good care of his father even though he was making 90,000 pounds a week in salary and it was a big news all over the Uk and Ghana.

Now the sunday mirror has been forced into a grovelling apology to our star Michael Essien and this is their report;

On January 20, 2008 we published an interview with Michael Essien's father James in which he claimed he had not received financial support from Michael for the past two years.

We are happy to set the record straight.

While the impression was made that James did not receive any financial support from the midfielder it is on record that the car he drives was purchased by the Chelsea ace.

We are happy to set the record straight.Happy weekened everyone.