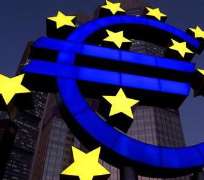 The euro zone's economy is heading into its second recession in just three years, while the wider EU will stagnate, the EU's executive said on Thursday, warning that the area has yet to break its vicious cycle of debt.

Economic output in the 17 nations sharing the euro will contract 0.3 percent this year, the European Commission said a report, reversing an earlier forecast of 0.5 percent growth in 2012. The wider, 27-nation European Union, which generates a fifth of global output, will not manage any growth this year, the Commission forecast.

"The EU is set to experience stagnating GDP this year, and the euro area will undergo a mild recession," the Commission said in its interim forecast report.

"Negative feedback loops between weak sovereign debtors, fragile financial markets, and a slowing real economy do not yet appear to have been broken," the Commission said.

The euro zone was last in recession in 2009, dubbed the Great Recession worldwide, when the economy contracted 4.3 percent during the deepest global slump since the 1930s.

A poisonous mix of high public debt, evaporating investor and business confidence and rising unemployment killed off the two-year recovery from the global financial crisis, economists say. Despite signs of stabilisation this year, economists polled by Reuters only expect growth to return in 2013.

Inflation for the euro zone this year should come to nearer to what the European Central Bank judges about the right level for stable prices and a healthy economy: 2.1 percent, the Commission forecast.

The growth forecast for the euro zone is a shade more optimistic than the International Monetary Fund's view that output in the currency area will dip 0.5 percent this year. But both agree the bloc will manage only a modest recovery in the final months of 2012.

FRAGILE OUTLOOK
The forecasts could still worsen. They rely on the assumption that EU leaders will act to resolve the sovereign debt crisis, which is now in its third year and has shattered investor confidence in a region once regarded as one of the world's safest havens.

"The balance of risks to GDP growth remains tilted to the downside amid still-high uncertainty," the Commission said. "The interim forecast continues to rely on the assumption that adequate policy measures are decided and implemented."

EU leaders hold a summit in Brussels next week where investors hope they will agree to raise the ceiling of the euro zone's joint rescue funds and pave the way for more IMF funds to stand behind heavily indebted southern European economies. But the German government said this week it sees no need to beef up the funds.

Adding to the EU's difficulties, the downturn is widening the gap between the wealthy economies of northern Europe and those of the south that are most in need of growth to pay off debt.

Germany and France, the euro zone's two largest economies, are likely to escape recession this year, growing 0.6 percent and 0.4 percent respectively, while Greece will enter its fifth year of economic contraction and Spain will shrink 1 percent, the Commission said.