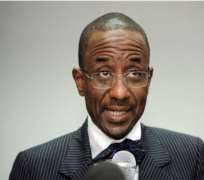 It is disheartening, mark of disrespect for other killed souls and promotion of ethnic sentiments for the CBN Governor, Sanusi Lamido Sanusi, who we learnt from the media to have donated N100m to the Kano bomb blast victims. As human beings and Nigerians, we feel deeply concerned at the destruction of lives and properties of fellow Nigerians by some hoodlums who have chosen to debase their culture and religious beliefs.

There is no doubt, that the Kano bomb blast and shooting of innocent lives by the so called religious extremists was not the first to occur in Nigeria, certainly not. We have had bomb blasts and shooting of innocent Nigerians to death by this religious sect called Boko Haram, such dastardly act was documented at Borno, Adamawa, Bauchi, Yobe, Plateau, to mention but few. Still very fresh in the memory of Nigerians was the 2011 Christmas day bomb blast at St. Theresa’s Catholic Church, Madalla, Niger State, which claimed about 45 worshippers. We welcome the intervention of the Federal Government in given support to the victims of these attacks and will encourage them to continue.

However, we maintain that it is not the responsibility of the CBN governor to put his hand into the public tilt and dole out cash to whomever he wishes. Some may argue that the CBN may have the law guarding it on such donations, we may then ask, why has the CBN been silent at the victims of other civil disturbances? We have a statutory body (National Emergency Management Agency) that has the full responsibility of caring for victims of civil disturbances. The Federal Government of Nigeria must as a matter of urgency call the CBN Governor and indeed, all other government functionaries to desist from illegally spending our resources to advance their political interests in the future.

Not quite long the CBN Governor was reported by the press in an interview that, it is as a result of the derivation policy that Boko Haram members are causing mayhem in the northern part of the country. This statement was ridiculous and laughable, yet we had expected his employer’s, in this case, the Federal Government of Nigeria to have called him to order. The truth remains that the criminal behaviour of Boko Haram elements, do not have anything to do with our derivation policy.

The solution to the insecurity that has enveloped almost every part of Nigeria, is not just in donation of money and other relief materials but, the urgency the government and especially the economic team in revamping our slumbering economy. The joblessness and poor social infrastructure in the country at the moment is alarming.

We cannot pretend about it and good enough President Goodluck Jonathan acknowledged it and has promised its government commitment to addressing such issues.

Kano is one of the most densely populated cities in Nigeria, where there are lots of our teeming youths who loiter away because of mismanagement, embezzlement and outright looting of public funds meant for developing the country by our public officials over the years. Boko Haram, MEND, MASSOB, OPC are all creation of the insensitivity of our leaders, denial of economic development of the Nigerian state and injustice of some groups in the past. If we must live together as one country then those, who especially serve in our public offices must be mindful of their actions, utterances and decisions.