Photo News: Police In A Show Of Shame? 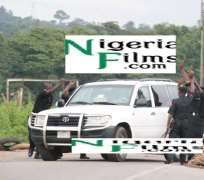 For many times, several appointed Inspector General of police always promise to wipe off from the force its menace called corruption.

There have also been promises made by the respective IGs to take away road blocks mounted by some police officers from the roads. The road blocks have been believed to be an avenue of illegal tolling of Nigerians by the force.

What would you say of the above picture?