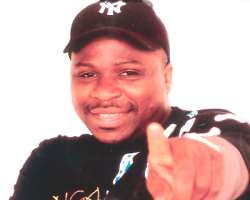 The Ojude Oba Festival provides Ijebu people an opportunity to celebrate their heritage, but they are not the only people that look forward to having it annually. While many tourists do so along with the indigenes, Ojude Oba has become a kind of honey pot from which many Yoruba musicians have particularly fed.

Beyond itinerant aguda bands that make the celebration thick, for instance, Globacom, which has been the major sponsor of the event since 2005, unleashes reigning artistes on celebrants in the course of the fiesta. Last year, fuji star, Pasuma, topped the bill at the telecom company's carnival concert held at the open arena in front of the palace of the Awujale of Ijebuland, Oba Sikiru Adetona. When Ojude Oba was held on Sunday, Glo sustained the performance tradition, but it was on a different scale.

Of course, change appears to be the middle name of the 2009 edition of the carnival. For the first time in many years, the participants wore a uniform green Ankara fabric on which was printed Support Ijebu State, giving expression to their yearning for a state of their own.

Seemingly in the spirit of the change, Globacom not only made the festival show an all-night one, it also fused Laftafest, its trademark festival of comedy, dance and drama, into the carnival. It also settled for several artistes that drew a large crowd to the event held at the Conference Hotel in the heart of the town. Among them were DJ Zeez of 4 ka sibe fame, Lord of Ajasa, Seyi Law and Yoruba comedian, Baba Gbohin.

Popular comedian, Gbenga Adeyinka, who was the anchor, compounded the excitement when he introduced a dancing competition that earned winners prizes in cash and Glo recharge cards. Of course, both the main festival and the Laftafest afforded the telephone company an opportunity to woo more subscribers and enlighten probing members of the audience on some of its new products and services.

On why Globacom has continued to sponsor Ojude Oba, its Executive Chairman, Otunba Mike Adenuga, said that there was a convergence in the spirit that drives the carnival and the company. According to him, the commitment to excellence to which the Ijebu are known for, finds resonance in Globacom's drive for what he described as innovative excellence.

”The Ojude Oba provides a unique opportunity for stock taking,” Adenuga, who is also an indigene of the town, noted. ”Ojude Oba has grown in stature and is now regarded as a rallying point not only for social re-engineering but also for the constellation of ideas and initiatives that are geared towards fostering the growth of the society and the well-being of the people. Our sustained interest in the festival is to contribute our mite to further the development of Ijebuland and position Globacom as a brand that is Nigerian and respects Nigeria and her people.”

Visitors to the festival would notice something beyond the milling crowd of people, the drummers who clutched at their strings of the drum to beat harder, photographers who wanted to make quick gain, hawkers, scantily clad girls who look available, money hawkers, parade on horseback and all such associated with the festival. The most noticeable thing was the unprecedented sameness of outfit of all who attended the event. In the spirit of the theme of the festval, ”Ijebu State, Noin Noin,” shout of 'Give us a state' rend the air intermittently as the people spoke in their dialect to appeal to their deity to bless them and support their quest for a state with Ijebu Ode as the capital. Everywhere one turns, on banners, gift packs, souvenirs and others, there was the clamour for a state.

The Awujale of Ijebu land, Oba Sikiru Adetona, who was dressed in the same ankara, in his goodwill message, assured his people that the creation of Ijebu state was a dream that was no longer far from being achieved.

'For the past 35 years,” he said, ”we have been on the mission of state for Ijebu. State creation by Gowon was a political move to save Nigeria from disintegration.” He narrated that the politics of the time saw to it that Ijebu was merged with Egba and made into Ogun State.

”It's disheartening because Ijebu was a nation on its own. It was one of the provinces and even though other provinces have been made into states, Ijebu has been left out. This injustice must be corrected. A state will mean peace, progress and development.”

He urged all Ijebu citizens to come over to 'Macedonia' and help them. He said he could feel it was near and sure it would happen. The Awujale also used the opportunity to lament the poor state of security in the state. He disclosed that a billion naira facility is being put up to house the festival next year and urged all citizens of the town not to be weary of spending until it is completed.