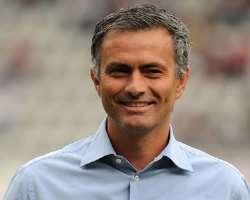 "I didn't want to miss a chance to work here but my passion is England and my next step will be to go back and, if possible, go and stay for a long time," said Mourinho, whose four-year contract with Real runs to the end of the 2013-14 season.

"Get me a good club in a couple of years," the 48-year-old added with a laugh.

Mourinho's three-year spell at Chelsea ended in 2007 and he went on to lead Italian side Inter Milan to the Champions League title in 2010, his second success in Europe's elite club competition following a 2004 triumph with Porto.

He is seen by the media as a possible successor to Manchester United manager Alex Ferguson, who has a rolling one-year contract with the English champions.