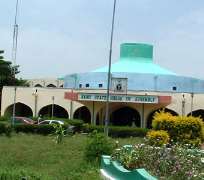 KANO, December 20, (THEWILL) - In what can be described as palace coup, members of the Kano State House of Assembly staged a revolt against Governor Rabi’u Musa Kwankwaso’s anointed Speaker, Hon. Yusuf Abdullahi Falgore, impeaching him from office on grounds of alleged incompetence.

In a bold move that shocked the political class in the state, 32 out of 40 lawmakers voted in favour of the impeachment while the Speaker was a long way from Kano.

The lawmakers predicated the removal of the former Speaker from office on grounds of alleged gross incompetence.

Tuesday’s deliberations on the impeachment proceedings and the subsequent election of the new Speaker were presided over by the Deputy Speaker, Hon. Isyiaku Ali Danja.

Before then, Hon. Ibrahim Abba from Garko Constituency, Hon. Kabiru Rurum from Rano Constituency and Gambo Salau from Kiru were nominated for the office of the Speaker, and shortly after, election started.

In the election, which was peaceful and orderly, Gambo Salau pooled 22 votes, Kabiru Rurum got seven while Ibrahim Abba secured just one vote.

Having been declared winner, Salau was then sworn in as the new Speaker.

In his acceptance speech, the new Speaker, Hon. Gambo Salau called for unity among members of the House and pledged the support of the law makers for Governor Kwankwaso in the governance of the state.

There was no formal reaction from the Governor’s office as at press time.