As Actors Sheathe their Swords 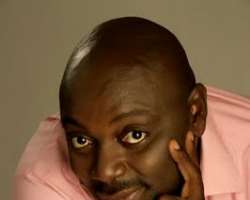 Peace is gradually returning within the fold as Actors Guild of Nigeria (AGN) formed a government of national unity in the six geo-political zones. The aim is to curb excesses and to restore peace in the guild. CHINYERE OKOYE, who was at the peace meeting, writes

“Over the years, I have become a great admirer of the Nollywood film industry which is very similar to my profession. In the absences of government support, both have created an industry, which contributes substantially to the wealth of the nation. “For over fifty years, audiences in Nigeria have been watching Nollywood movies, as Nigerian film industry grew imperceptibly into a $250 million dollar-a-year employing thousands of people and churning out 500-1,000 movies a year." These were the words of the Founder of the African Refugee Foundation (ARF), Ambassador Olusegun Olusola on Nollywood recently.

“The African market is vital for the Nigerian film industry, and we share a long history. I am looking forward to learning and understanding more about Nollywood and discovering what Nigeria has to offer,” Olusola further said.

For many observers of the Nollywood, peace is not something the practitioners wished for. It is something you make, something you do, something you are and something you give away. Each one has to find his peace from within, peace that must be unaffected by outside circumstances, Olusola advised the leaders of AGN.

What is billed as the first move in the world's biggest movie industry, as the crisis rocking Actors Guilds of Nigeria, AGN, took a new twist at the weekend as AGN formed a government of national unity in the six geo-political zones to curb excesses and restore peace in the guild for them to able work together.

At the meeting, it was affirmed that the board of trustee (BoT) is purely an advisory position in the Guild and as such members of the board should act only within that capacity at all times. According to the Mr. Segun Arinze, National president, Actors Guild of Nigeria in a press conference said, "in the result of our negotiations have to a large extent lessened the tensions that had till now bedeviled our guild. In the interest of peace and progress in keeping with the intrinsic nature of our profession that promotes love, the board of trustees has resolved to form an inclusive national unity government.

“If truly we love this profession and tired of rancour, division that has plagued us, then accommodating opposing views and making sacrifices should not be a problem. The next two years will form the life span of the proposed national unity government to forge a new and improved guild with a functional secretariat attending to the needs of members," he said

The coalition administration of the National Unity has also been mandated to review the guilds constitution as “I pledge to consult with the dissatisfied members of the union to bring them into improved Actors Guild of Nigeria.”
Also, Prince Ifeanyi Dike, Chairman Board of Trustee (BOT) said, "the registered board of trustee of the Actors' Guild of Nigeria wishes to state that the rift in the AGN is over. We are tired of the crisis that almost threatened the existence of our guild. In the bid to find lasting solution to the crisis and maintain peace, we called all the state chapters to Lagos on November 6, for reconciliation.

“Messer's Emeka Ike and Emeka Rollers, presidential aspirants, Mr. Kanayo .O. Kanayo interim president of the care-taker committee and Mr. Segun Arinze president from the Ejike Asiegbu faction, who were at the meeting accepted that the B.O.T should form a government of national unity as a way forward for the guild," he said.

After due consultations, all the national election done was cancelled, the government of the National Unity was formed to oversee the affairs of the guild for two years. All the members of National Executive must revalidate their membership of the guild with their state chapters and no further election will be held.

The National Executive Council of AGN has also been advised to take immediate steps to discontinue all legal proceedings against the Board of Trustees at the Lagos State Magistrate Court so as to achieve real and lasting peace as the caretaker committee headed by Mr. Kanayo .O. Kanayo is hereby dissolved, Dike said.

However, Mr. Zack Orji, former president of AGN, told us that the problem started when a misunderstanding ensued between the Board of Trustees (BOT) headed by Ifeanyi Dike and the National Executive Council, also headed by Ejike Asiegbu.
"The misunderstanding brought about mistrust, anger and crisis, but we have reached an understanding at a peace meeting which was attended by members of the BOT and the NEC, which hopefully would last long.” He called for efficient communication between the BOT and the NEC by way of quarterly meetings as the case may be.

Maintaining that the latest moves are for the best interest of the AGN, Mr Paul Obazele, President Association of Movie Producers (AMP) said, “Nobody benefits when there is crisis. Now, we want to call investors that have been using the crisis as an excuse not to invest to come forward and invest because most of the movies that were released during the time of the crisis did not sell, that is why the marketers are now saying that they want to go on strike.

“The point we tried to buttress during the press conference was that this move is not against the person of Asiegbu. The move is to move AGN forward and not to fight Asiegbu. I don't think Ejike will want to say put and cause troubles for the new caretaker committee. I know him as a very responsible person; he knows the right things to do. We first of all need to have peace at the top, which we have achieved now. So other problems are just minor to solve,” Obazele said.

Reacting to the government of National Unity and peace, McSmith Ochendo said “We do not appreciate rancour in our industry, but today is a necessity. We have put so much into our profession. We have to evolve something stable for upcoming celebrities.”