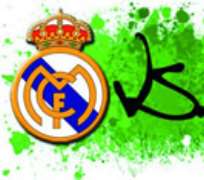 With three points separating league leader, Real Madrid from second-placed Barcelona, Jose Mourinho will be hoping for a repeat of April's Copa Del Rey final where Real's pressure on the ball earned them a 1-0 win.

In what could be a title-deciding, top-of-the-table clash, Barcelona has won four of their last five matches with a 4-0 thrashing of Bate Borisov in the Champions League and a 5-0 win over Levante the most recent.

Real is in better form and has a game in hand, with 10 straight wins in the league including 3-0 wins over Ajax Amsterdam and Sporting Gijon.

Alvaro Arbeloa and Ricardo Carvalho are still sidelined and Fabio Coentrao and Marcelo will have their hands full against Lionel Messi , who has netted 17 league goals this season.