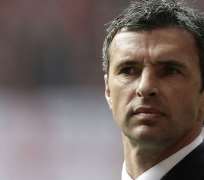 **Coroner to begin proceedings
The inquest into the death of Wales football manager Gary Speed will be opened on Tuesday.

The 42-year-old father-of-two was found hanged at his home in Cheshire on Sunday morning.

A spokeswoman for the coroner, Nicholas Rheinberg, confirmed her office had been informed of the death by police.

The inquest will be opened at the coroner's court at Warrington town hall before a full hearing takes place at a later date.

Speed was found by his wife, Louise, in the garage of their home in the village of Huntington, near Chester, shortly after 7am on Sunday.

Police said the death was not being treated as suspicious. The couple lived in Huntington with their two teenage sons, and Speed was said to have been a devoted family man.

At a later date, the coroner will establish the cause of death. It has been widely reported that Speed took his own life, but this has yet to be confirmed officially.

A Cheshire police spokeswoman said: "Officers went to the scene where a 42-year-old man was found dead. The next of kin have been informed and have confirmed the identity of the man as Gary Speed.

"There are no suspicious circumstances surrounding the death. The family have requested that they are left in peace to grieve at this difficult time."

The FAW has opened a book of condolences at its offices in Cardiff allowing fans to express their feelings about Speed's death.