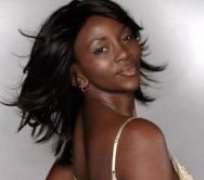 Multiple award-winning Julia Roberts of Nollywood,Genevieve Nnaji who was recently honoured with the Member of Federal Republic(MFR) has raised her game yet again.

As she is set to storm Zambia with 2 other Nollywood stars,Kehinde Bankole from Super Story and producer,Stella Abiola.As they grace this years' National Association of Media Arts Special Night dubbed”NAMA Remembers Night” at Lusaka's Golden Bridge Hotel in Zambia.

NAMA chairperson Bright Banda has also revealed that all logistics and formalities for Genevieve and her counterparts to make their first road to Zambia is set as they will also take a study on different locations where she and some Zambian actors are proposing to produce a joint 13-series movie titled”Behind The Shadow”.