Can you marry an ex convict? 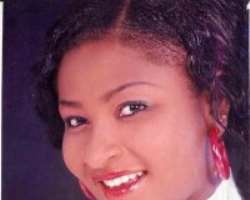 he marriage arrangement is in place. The wedding cards are ready for distribution.

Suddenly, the rumours get to you: your partner is an ex-convict. As if the rumour is not shocking enough, when you confront your partner, your worst fear is confirmed. Will you overlook the past and carry on with your marriage plans?

Bridget Amaraegbu as usual has all the answers.

If he's sincere and repentant, why not? — Ijeoma Imoh, Actress

First of all, I'll need to know the kind of offence the person committed before I make up my mind whether to continue in the relationship or take a walk. You know, marriage is a life time thing and the decision one takes may leave one in misery for the rest of that one's life.

Take for instance if it was a murder case, I'll need to know the circumstance that led to his action. It could be that he was trying to defend himself against a dangerous situation that could have taken his life. And if that was the situation, I'd have expected him to have drawn the attention of the police. But the fact that he decided to keep it as a secret means there's something he didn't want me to know. For all I care to know, he can be a ritualist or man eater. And I'm sure you will not want me to live with such dangerous person so that I don't end up being slaughtered and used for pepper soup someday.

We've heard several stories of people who killed their fellow human beings for no just cause.
Few days ago, we read about a man who killed his own son over nothing actually. The only complain he had against the little boy was that the boy was stubborn. The big question is, could this have been enough for a father to kill his own son?

Only God knows how many lives this same man would have wasted in the past, if he could do what he did to his own flesh and blood. That is why we need to be careful when issues like this spring up because if this man comes up tomorrow to say he has become a pastor, people will still need to watch him.
Let's also look at internet fraud. People who engage in this business are just there to benefit from other people's hard earned resources, and that's all. It would be easier to forgive a person involved in this kind of business because such person can easily make a u-turn and go into a more legitimate business. .
Crimes have different categories. But the ones I dread most are the ones that have to do with murder, armed robbery and drug peddling. These are some of the crimes that people who are engaged in them find difficult to quit. They may never give up on it.

Those who are into drug peddling find it difficult to retire, and no matter how many times they go to jail, they're still willing to continue in the business.
I know that some people will begin to look at it from the perception of the average human being not being perfect. This could be true but then what stops such person from revealing his secrets to the woman he intends to spend the rest of his life with. If he actually loves me, he should be prepared to let me into his past. People who intend to spend their lives together should be ready to understand each other very well before getting married. If it is possible, they should discuss all that happened to them in the cause of their growing up.

•Ijeoma
Many marriages have collapsed because of little things that ought not have been a problem. Imagine a situation where a partner finds out long after the marriage certificate had been signed and the couple living happily, that one of them was an ex-convict. Would that not amount to breach of trust? This kind of situation is not healthy for any relationship because once there's a sign of insincerity, wahala don dey enter that home-O!
So, let's be careful with the way we handle our relationships. As for me, I don't think it's proper for me to live under the same roof with a man who will not be sincere to me about everything. And by this, I mean I won't marry this ex-convict on the grounds that I got the story from a third party..

Ex convict or not, I go marry am — MC Danni-B, Comedian

I wouldn't allow anything to put asunder to a decision I have taken concerning a planned marriage, especially if my would-be-partner has said yes to my marriage request. Nothing can stop the marriage because I will go ahead and conclude my plan to marry her. I am not saying it's okay for her not to have told me she is an ex-convict. The fact that I got to know while we are courting will not abort a relationship we've built over the years.

There's the possibility that the fear of losing me may have made it difficult for her to divulge some sensitive part of her past. Even if I got to know about it a day before our wedding, all I expect from her is to tell me the whole truth about what pushed her into the alleged crime and I'll forgive her.

My dear, why would anybody hide anything from his friend? Are we not supposed to be friends before talking about marriage? Sex partners can hide things but not friends, much less when something as serious as marriage is about to take place. I don't think I can go ahead with that marriage, and if I have to, it will be delayed because I need to find out what more she's hiding. I know there'll surely be a lot more in her cupboard. Why would she not tell me about it if she really loves me? Why do I need to know about it from someone else?

Everyone of us has a past and I don't care if she no longer wants me because I told her about my past. I mean, if I go ahead with that relationship, there'll be no trust. Insincerity will be the order of that union and it's not good for any marriage.

So many people who are married are just managing to remain in their marriages because they don't want to be among the divorce stories in town. If not, they would have separated because they are not enjoying themselves. My own understanding of marriage is that it should be enjoyed, not endured.

This could be complicated. How could my man go through all these and kept it to himself?. Ha, it's a terrible situation and I only wish he'd told me.
The fact that he didn't inform me at all simply means that he could be hiding some other cockroaches in the cupboard that I'm yet to find out. The best thing will be to quit the relationship and thank God for revealing everything to me before the actual wedding day. What if he was convicted for murder?
Only the heavens can tell if he has repented of his sins because there could be more blood in his eyes and I don't know who his next victim might be. It could be me so I'm scared.

Sweep the devil out of my life — Daniel Ubong, Lab scientist

Ogao! My sister, na broom I go take sweep that woman comot for my life. She may continue to live an unrepentant life and that's a problem. Naturally, I have a temper which I can't handle most times. So, what happens when I let go my temper on her? She may carry out her dangerous practices on me, therefore my life is in danger with such a person around me.

In this life, we all have our dirty pasts but what matters is how we're able to handle it. It's even possible that I've done worst things than she did but I should be able to explain this past to the woman I intend to spend the rest of my life with.
If I do and she rejects me for telling her the truth, then I'll know she's not for me. Mine will surely come my way. someday.

That will not stop me from marrying the woman after my heart. On getting such news, I'll be shocked especially if I'm hearing it from a third party. At least she should have told me about it and that will satisfy my spirit. But against all odds, I'll still marry her if I love her and had made up my mind to marry her before then.
I want to understand that it takes so much trouble to build a relationship except you have not built yours from your heart of hearts.

You must be ready to sacrifice for that person you claim to be in love with so if this is one of those sacrifices I should make then I don't mind.

I will not hold it against him — Lola Alao, Actress

My dear, nobody is perfect. The fact that he was convicted for one offence in the past remains one of those things which could happen to anybody. We all make mistakes. So, we should learn to condole one anothe,r no matter what happens.

First, I'll confront him and listen to his own side of the story. It will only be natural for me to be angry with him, for not telling me the truth at the beginning of the relationship. But that will not end my relationship with him.