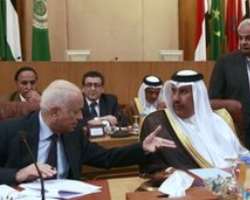 Arab foreign ministers are to meet to consider how to increase the pressure on Syria, a day after one of the bloodiest crackdowns on protesters.

Syria will be suspended from the Arab League on Wednesday and has said it will not attend the meeting in Morocco.

At least 3,500 protesters seeking the end of President Bashar al-Assad's rule have been killed since the government began its crackdown, the UN says.

Activists said that at least 70 people were killed on Tuesday alone.

The Arab League decided last week to suspend Syria, but the decision will only be formally adopted at the meeting in the Moroccan capital Rabat.

Syria has condemned the suspension as “shameful and malicious”, accusing other Arab countries of conspiring with the West to undermine the regime.

The Syrian authorities request for an emergency summit to discuss its unrest, which it blames on armed gangs, was rejected by six Gulf states.

The six-nation Gulf Co-operation Council (GCC) – whose members led the drive to punish Syria for its crackdown – said Arab foreign ministers have been holding preparatory talks ahead of Wednesday's meeting.

Arab ministers are under huge pressure to push ahead with their tough line on Syria, after they decided at the weekend to suspend Syria from the Arab League.

The UN Secretary General has called for the Arab League to exercise leadership over Syria, the US called for a forceful message from the Arab ministers, and Turkey has threatened to cut off cross-border electricity supplies.

In an apparent attempt to stave off action, Syria released more than 1,000 political prisoners.

But there was another attack on a a diplomatic mission, Jordan's, after King Abdullah called on President Assad to step down.

Arab countries are under increasing pressure to continue their tough stance towards Syria, following its suspension from the group.

In an apparent show of goodwill ahead of the summit, the authorities freed 1,180 people who had been arrested during protests, Syrian state media reported.

The release of prisoners is among the demands of the Arab League.

On Tuesday, Turkey's prime minister became the latest international figure to speak out against the violence in Syria, following comments from King Abdullah of Jordan.

'Blood of the oppressed'
Turkey is not a member of the league, but its foreign minister is to meet his Arab League counterparts during the talks in Rabat.

Turkish Prime Minister Recep Tayyip Erdogan said Syria's future could not be built on “the blood of the oppressed” and said Ankara had abandoned hope that Mr Assad would respond to international demands to stop using violence.

“Bashar al-Assad should see the tragic ends of the ones who declared war against their own people,” Mr Erdogan told MPs of his AK Party.

History, he added, would “will mark these leaders as the leaders who feed on blood”.

The White House said it welcomed the “strong stance Turkey has taken”.

The moves follow attacks on Turkish diplomatic missions in Damascus and the Syrian cities of Aleppo and Latakia by supporters of Mr Assad at the weekend.

Also on Tuesday, in what is being seen as a sign that Saudi Arabia's rulers now foresee an end to Mr Assad's rule, the former Saudi ambassador to the US, Prince Turki al-Faisal, said it was “inevitable” that Mr Assad would step down.

On Tuesday, activists said at least 70 people were killed in fighting that reportedly included a gun battle between security forces and army defectors in the restive southern province of Deraa.

November appears to be the bloodiest month of the eight-month revolt, with well over 300 people killed so far.