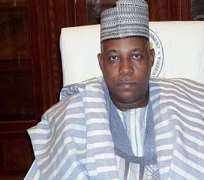 The tribunal had concluded hearing in the petition filed by the Peoples Democratic Party (PDP) and its governorship candidate in the April 26, 2011 governorship election, Alhaji Mohammed Goni and had scheduled today to deliver its ruling when it was suddenly sacked by Adamu under controversial circumstances.

Shettima said the dissolution of the panel is indeed a reckless breach of the order of the Supreme Court contained in its decision on Goni’s interlocutory appeal delivered on October 31, 2011.

Recall that a similar development had resulted in the embarrassing conflict between the former Chief Justice of Nigeria (CJN), Justice Aloysius Iyorgher Katsina-Alu and the retired President of the Court of Appeal, Justice Ayo Isa Salami.

Katsina-Alu had issued a controversial order in 2007 stopping the Sokoto State Election Petition Tribunal from delivering its judgement in the governorship election petition filed by the Democratic Peoples Party (DPP) challenging the controversial victory of the Peoples Democratic Party (PDP). Katsina-Alu was alleged to have issued the order in order to preserve the PDP’s win. The decision marked the beginning of the cold war between both top officers of the judiciary.

In a letter dated November 10, 2011, signed by Dr. Alex Izinyon (SAN), counsel to Shettima and addressed to the PCA, the Governor said, “What is more? Appeal No. SC / 352/ 2011 by the Petitioners at the Supreme Court was dismissed. In the said appeal, they had invited the Supreme Court to invoke all its powers under Section 22 of the Supreme Court Act to hear the appeal as that of the Court of Appeal, Jos Division. One of the reliefs before the Court of Appeal is the disbandment of the panel and a new panel being set up. Now that the appeal No. SC/452/2011 was dismissed, that relief goes with it. How can it now be granted administratively?

“My lord, we are sure you are not aware of the above scenario. The administrative order to dissolve the panel is a clear violation of the Supreme Court Order at Page 43 of the Judgment as stated above.

“There was no cross appeal at the Supreme Court or any other contrary Order that this panel be disbanded. The administrative order amounts to an arrest of a ruling or judgment which the Supreme Court in allowing the Appeal No. SC / 352/ 2011 and SC/352/2011 deprecated the Court of Appeal, Jos Division for arresting the pending ruling”.

“With the greatest respect, this administrative order, contrary to the order of the Supreme Court that the same panel should continue where it stopped and where it stopped was at the verge of delivering a ruling amounts to another arrest of the said ruling.

“We therefore urge your lordship to dissolve the new panel as that will be a violation of Order of the Supreme Court and indeed sheer contempt.”