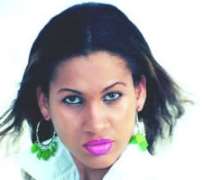 When Musa Danjuma got married to one of the Nollywood finest faces in Nigeria, Caroline Uduak Abasi Ekanem, the entire movie kingdom could not hide their feelings of the age gap between them. The hubby is several years older than the latter.

News flying left, right and centre that the soft-spoken Carol is no longer enjoying every bit of her marriage due to the fact that the man, Musa, no doubt, is spoiling her silly with gifts and love, on the ground of over possessiveness on the part of the hubby. Caroline Ekanem, we were informed, has just moved out of her few years old marriage and now hibernates at one of her actress friends in Lagos.

Though, the said crack in her marriage does not hold ground as some close pals of the beautiful, slim and sexy actress confirmed to us that her marriage is still intact and there has never been a moment she threatened or think of moving out of her matrimonial bed. Well, we are still pressing further to unravel every coded detail in the marriage.