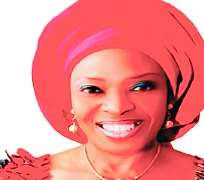 
The Association Mujeres Entre Mundos, organisers of the award ceremony in celebrating the association's 10th year anniversary presented the award to Mrs. Imoke and promised to partner with her to alleviate the challenges women, youth and children face in Cross River State with a view to empowering them through developmental programs.


The Governor's Wife was applauded for hosting the Spanish volunteers in Cross River State where they served in Destiny's Child Centre (DCC) and Mothers' Against Child Abandonment (MACA) projects for one year.


One of the highpoints of the event was the decision of the Spanish Director General of Immigration, Mrs Dona Rocio Palacio De Haro, to facilitate an international women's conference in Cross River State, next year to foster collaboration between both countries.