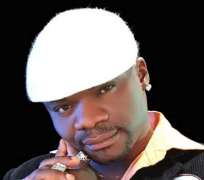 MC Loph's fiancée,Nkiru Orji has been discharged from Imperial Hospital having recovered partially from the injuries she sustained in the fatal auto crash that wasted the rap artiste,his only sister and cousin.

According to source,she didn't lose her pregnancy as was earlier feared.

We learnt she is now in stable health.

In another development, a lady surprisingly allegedly emerged few days after MC Loph's death claiming she has a male child for the deceased.Said to be from Anambra State,a close friend of the late artist,who preferred not to be named,told us that Loph did tell him about a lady that was claiming she has his baby.

The label has started paying Loph's mum a monthly salary of N30,000.

We were reliably informed that the retired school teacher would be benefitting from his late son's last record label for life.