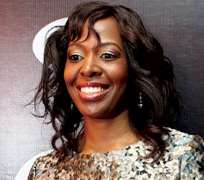 South African terrestrial pay-television channel M-Net may have sub-licensed the rights of its AfricaMagic content to international distributor Thema TV.

This deal will see a selection of AfricaMagic's Nollywood content translated into French language for the first time for television broadcast in Francophone Africa.

Biola, MD ,M-net
AfricaMagic is one of M-Net's most popular entertainment channels, dedicated to broadcasting African contents including drama series, documentaries and soaps. The channel also airs a vast selection of Nollywood films- formally known as the Nigerian video feature film industry - and is Africa's largest movie industry in terms of the number of movies produced per year.

Mike Dearham, head of sales and library, M-Net says: 'This deal marks an important milestone in M-Net's growth in the global television market and supports our dedication to the development of Africa's content industry.

Nollywood is an African institution, which has showcased the continent's rich pool of talent and creativity since its creation in the 1960s. We look forward to working with Thema  TV to present this content to new audiences, encouraging the expansion of the African production industry across the continent.'

FranÃ§ois Thiellet, CEO, Thema TV adds: 'We are very happy to announce our strong partnership with M-Net, reinforcing our strategy for the growth of the African media industry.