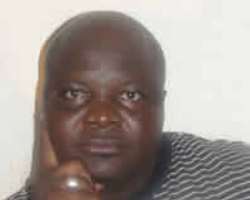 A Peoples Democratic Party (PDP) chieftain in Orumba South LGA, Bonti Onuigbo, has threatened to leave the PDP with Prince Nicholas Ukachukwu, Senatorial aspirant by the Independent National Electoral Commission (INEC) and failure of the PDP to stand by him to enable him realise his mandate, he and Ukachukwu loyalists will leave the party

According to him, it would amount to betrayal by the PDP to give Ukachukwu a Senatorial ticket and at the same time recognise Chief Andy Uba for the same slot.

Onuigbo said the refusal of the party to abide by the principle of internal democracy has continued to make the party suffer electoral defeat in the state. According to him, without Ukachukwu, the party should forget the state in 2014.  As he puts it: 'The shortchange of Ukachukwu by the party leadership in the state has affected the party's chances in clinching the state and it will be worst in 2014, if the party fails to support Ikukuoma actualize his senatorial mandate which senator Andy Uba and his cohorts are trying to hijack'.

He declared that All Progressives Grand Alliance (APGA) may be the alternative platform. He advised the party to keep it's doors and windows open. The group will have no option but to defect to APGA and to him that will mean the end of PDP in Anambra State. He called on Governor Peter Obi to be proactive, listen to the voice of Ndigbo, and call the party chairman Victor Umeh to order, because according to him, Umeh is running the party as a family business, and should try to accommodate more people into the party which he believes is an alternative platform for Ndigbo. DICKSON OKAFOR brings the excerpts

Ukachukwu's faith at the Tribunal
I laugh when I hear some people, especially those in Uba's camp  that Ukachukwu's petition against Uba is over. To put the matter straight, the legal battle will resume very soon at Federal High Court Umuahia, Abia State.

However, by the time the case resumes in Umuahia and the party goes ahead to favour Uba, then PDP will know between Ukachukwu and Uba who is more popular in the state because without Ukachukwu, PDP cannot win Anambra in 2014. The party leaders in the state are not fair to Ukachukwu.

The Problem with PDP
The party lacks internal democracy, and this undemocratic trend was instituted by former president Chief Olusegun Obasanjo. But thank God, with the latest political development, nobody will take Nigerian voters for granted again as witness in the last election when the peoples vote counted. That was why Iyabo Obasanjo and former Speaker Federal House of Representatives Hon. Dimeji Bankole lost in their electoral wards, political parties that can win election in the future are those that believes in internal democracy. PDP has a lot of willing tools. People who have no electoral value, but who depend on who they know in Abuja. Majority of those in the party are government apologists. So Anambra PDP will surely suffer a great political setback in 2014 if Ukachukwu is denied his mandate.

Andy Uba as Chairman Senate Committee on INEC
That is the PDP for you. Somebody like Uba is made to oversee the Nigerian electoral body, which is a sign of failure on the part of the party. This is a man, who, through his younger brother, Chris Uba, rigged Ngige into office in 2003 because they reached agreement to make Ngige a willing tool but that did not happen hence they decided to expose themselves to the election tribunal, and that was how Ngige was removed from being Governor of Anambra State. His appointment portends danger to our electoral body towards the conduct of future elections because a manipulator is always a manipulator. So, Ukachukwu has not lost in the court as the Uba camp is making people believe.

How true is your plan to leave PDP with Ukachukwu loyalists?

If my political mentor and PDP heavy weight, Prince Nicholas Ukachukwu, can be treated so badly by the PDP leadership in Anambra, there is no gain remaining in the party. Ikukuoma structures cut across all the electoral wards in the state and such a person cannot be ignored. We are waiting for the out come of the Federal High Court, Umuahia, to pronounce judgment in the election petition and if it is not favourable to Ukachukwu, those loyal to him and I will leave PDP en-mass. There will be mass exodus of members from the PDP to other parties, as the party will have no chances of capturing the state. Therefore, we are prepared to leave the party except internal democracy is allowed to prevail, then PDP will return to its glorious days in the state.

Which party do you intend to move to?
So far, we have not decided yet, but it may likely be All Progressive Grand Alliance (APGA). All things being equal, we may move to APGA.

But APGA is also in crisis
The only problem is Chief Victor Umeh, who is not willing to open up the door of the party for others to come in. As Chairman of the party, he had been running the party as a family business.  Right now, the party is bigger than him; he should not allow his personal interest override the collective interest of members.