Bola Are steps aside as GOMAN President 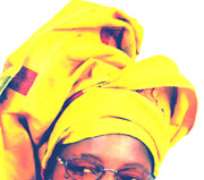 Popular gospel songstress, Evang. Bola Are has relinquished her position as the National President of the Gospel Musician Association of Nigeria (GOMAN). Her resignation letter, a copy of which was made available to the press stated that her resignation was based on obedience to the word of God and a step towards laying a good example for other leaders to follow.

The letter, entitled: “Notice of Intention to Step aside as the President of Gospel Musicians Association of Nigeria (GOMAN)” stated that her election as the President of the association for a second term expired on April 2009 and it is only wise for her to vacate the position so as to lay a very good example for others to follow.

“It is on record that I have used the first term of three years and was given opportunity to serve again by re-electing me for the second term. It is also pertinent to state that I have completed my two-year tenure since April 11, 2009 as prescribed by the constitution of GOMAN and it is my intention that the earlier status quo i.e two years tenure for every President of the association be maintained.

“My stepping aside as the President of this association is not on grounds of incompetence but as a result of a calling from God for another assignment and part of instructions of God is that I should step aside as President of GOMAN to enable me be deemed as a fit and proper person for the next assignment God wants me to carry out for Him, “ the letter reads.

It would be recalled that the widely traveled minstrel achieved a lot for the association during her five year tenure. It is on record that she single-handedly registered the name of the association with the Corporate Affairs Commission and got an 18-seater bus among plots of land in Akure and Ado Ekiti for the gospel musicians' body.

Her role during and after the burial of late Evang. Bayo Adegboyega was widely commended by opinion leaders. Apart from getting N250, 000 from Ekiti State government for the treatment of the musician she also raised additional N300, 000 for the family of the late Adegboyega.

Many gospel musicians in the country will readily attest to the fact that her tenure was a blissful one to them.

Bola Are is a member of the Ekiti State Pilgrims Board, Christian wing.