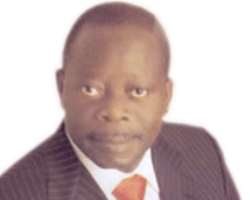 Huhuonline.com can authoritatively disclose that a traditional ruler, the Enogie of Ogheghe Community in Ikpoba Okha Local Government Area of Edo state has fled his palace and domain as the Nigeria Police Force, Edo State Command, declared him

wanted in connection to the rising cases of kidnap in Edo State.

His Royal Highness Aghatise Ighiriaro was declared wanted after some suspected kidnappers that were arrested confessed his link to their activities, leading to the recovery of arms and ammunition in his palace after it was searched.

Huhuonline.com checks also revealed that the traditional ruler quickly escaped from the police dragnet following tip-off by some of his loyalists who felt it was sacrilegious to detain a king or royal father.

The State Commissioner of Police, Mr. David Omojola who spoke through the Police Public Relations Officer (PPRO), Edo state command, ASP Peter Ogboi, confirmed that 'the search for the Enogie is as a result of his alleged complicity in the recent cases of kidnapping, a most thriving and fatal crime in Edo State in spite of the intense war both the police and state security have waged to combat the crime.

A dependable police source told Huhuonline.com that arms and ammunitions that were recently paraded with suspected kidnappers in the state were recovered from a room in the palace, adding that the kidnap suspects were sleeping in the room when the police raided the palace and arrested them.

The Edo state police command had paraded five suspected kidnappers in military camouflaged uniforms and mobile police uniforms, for operation after blocking the highways before abducting their targeted victims.

The community, according to our source has been deserted due to fear expressed by the people that the police could swoop on anybody else, especially family members and friends in the course of their investigation.

Another source said' the king might have disappeared from the heat of the declaration so as to go behind the scene to financially free himself and his apprehended subjects as that was the common reaction from kidnapping ring leaders.'