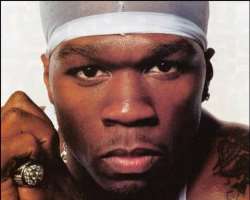 Sources close to the foremost Nigerian rapstar told Weekend Beats that Ruggedman, whose lyrical dexterity and unique rap style has placed him on the top list of rappers beyond the shores of Nigeria is being sought by top American rappers like 50 Cent, Jay Z and P Diddy. They want to do a collabo with him.

However, the handsome and resourceful rapstar is focusing strongly on maintaining and improving upon his art and the business angle of his life. Having successfully established his clothing line, 20th September, Ruggedman, like other successful musicians like P. Diddy and 50 Cent, is quietly but fastly spreading his tentacles beyond the music frontiers.

The musical collaborations, sources revealed, would be elaborate and much more celebrated than previous collaboration with other Nigerian and African music stars. Ruggedman in a telephone chat with Weekends Beats revealed that he is working seriously on his next album and has already concluded shooting the video of some songs in the forthcoming album.

"I'm working hard at improving upon previous jobs. Apart from my tight schedules, I'm seriously planning to do something unique for the up and coming artistes and the society at large. Ruggedman is a different and focused young man with plans to positively impact my generation and the world", he enthused.