Nollywood: The Journey So Far 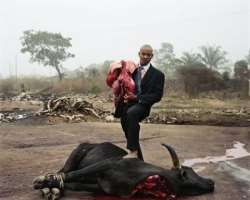 The Nigerian movie industry popularly known as Nollywood has come of age. Since the early 90s when the late Alade Armoire and Kenneth Nnebue introduced the home video in the country, the industry today can boast of over 20 films released into the market every week either in DVD or Video CD for home viewing.

No wonder Nollywood is rated the third movie producing industry in the world after Hollywood of America and Bollywood of India. Apart from the high number of films produced daily, the industry also employs thousands of people in different categories.

Nollywood Actors and Actresses are given heroic welcome and accorded their rights as stars virtually through out the African continent. While most of the African countries are trying to establish their own movie industry to compete with Nollywood films, Ghana is reported to be threatening to close its market to the cascade of Nigerian movies for fear that its own productions will drown in the rush.

It is also on record that even international festivals in Montreal, Berlin, Rotterdam and Canes have made room for Nollywood. While the first Nollywood production ever to be introduced on American DVD market, 'Joshua' by Adaim Williams came in late December 2005, the first Nollywood films were produced with traditional analog video such as Beta camsp.

Today, all Nollywood movies are produced using Digital video Technology. According to a March 2006 article in The Guardian, Nigeria's film industry is also the third largest in the world in terms of earnings. The paper cites unknown sources estimating the industry to bring in US $200 million per year.

Unfortunately, Nollywood also has the highest number of fake producers who are hoping to get rich quick in the lucrative video industry. The primary distribution centres for films in the country are Idumota market in Lagos island, Iweka Road in Onitsha Anambra State. Pound Road in Abia State and Alaba market in Lagos.

A recent report also has it that currently Nigerian films out sell Hollywood films in Nigeria and many other African countries. Some 300 producers churn out movies at an astonishing rate, some were between 1000 and 2000 movies a year. Thirty new titles are delivered to Nigerian shops and market stalls every week.

Where an average film sells 50,000 copies, a hit may sell several hundred thousand. The films are either in DVD or VCD discs or both and most of them cost as low as N200.00 each making them affordable for most Nigerians and providing astounding returns for the producers.

However, it is not yet Uhuru for the practitioners in the industry as they have to contend with various militating factors. One of such factors is the marketers who have refused to develop their awkward marketing ideas as all they seem to be doing is copying the movies and distributing them to the four points while the retailers move them around the country.

Apart from this, the marketers also call the shots in the industry. Their rise to power started when they became the first real investors in the industry investing billions in a period of over 10 years. They bank roll the movies and earn the title of executive producers, while the creative personalities who lacked the necessary funds had to bow and tremble before them.

Within a short time these illiterate marketers began to dictate the scripting, who acts in movies as well as ban certain artistes who they claim were not obeying them and some of the artistes were said to be demanding high artiste fees. Some of the marketers even tried their hands in directing movies.

All these had effect on the development of the industry including the influx of African Magic, the hit station of MNET where people now prefer to watch all their desired movies, this development had a bad impact on the practitioners as their revenue started to diminish.

It was on this note that the Director General of the National Film and Video Censors Board (NFVCB) Mr. Emeka Mba decided to develop a frame work for the industry so that we can have a compact marketing strategy for the industry which will help filter films as producers will bear in mind that no marketer will be ready to take the risk of releasing a sub standard movie.

So far, the industry has done well, but more is still expected from them, because hardwork has its rewards. This is what the organisers of the African movie. Academy awards (AMAA) and other similar bodies are doing every year, rewarding excellence in the industry and this poses a great challenge to the artistes, producers, directors and marketers to aspire to greater heights.