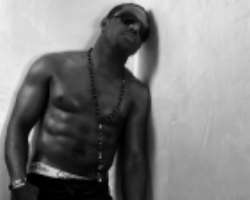 Crossover actor, James Ikechukwu, popularly known as Jim Iyke, has denied having a face-off with his United States of America-based fiancee.

Jim, who was initially reported to have beaten the model mercilessly a few weeks ago, said that he is still on good terms with his lover.

According to him, “I don't know where such a story emanated from. I'm still okay with my fiancee and nothing whatsoever happened between us. So, I wonder why people are peddling this rumour.”

He also denied going to Lion Building Police Station, where the matter between him and his fiancee was allegedly settled.

“I was not at Lion Building Police Station. To do what? I have been so busy these days working on my musical album and other projects, so I hardly have time for these things people are peddling around,” he said.