‘I Was Not Banned By ANTP’ 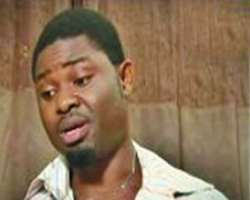 Versatile actor, Yomi Fash-Lanso, has debunked rumours that he has been banned by the Association of Nigerian Theatre-Arts Practitioners (ANTP).

In a telephone chat with http://nollywoodgists.com, the light-skinned actor reiterated that he is still acting.

“The only thing I can say is that nobody banned me. I'm still doing my job which is acting. The only grievance I have with the association is the fact that they are not ready to face reality, which is change.

“The industry should have improved beyond what it is today if certain things have been done the way they should,” he stated.

However, when http://nollywoodgists.com called the National President of ANTP, Prince Jide Kosoko on phone, he said he is not aware of the ban.

“I'm not fully aware of it. May be the order is from the Lagos State Chapter. But whichever, they will brief me in few days' time,” he said.