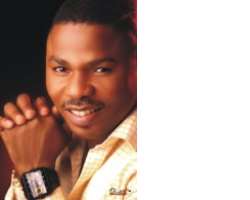 Their fight resurfaced at a movie premiere held last month in which Atorise was billed to perform.

On this fateful day,Ayefele who was in Lagos and was invited to the event not to perform but to show appearance came in but Atorise ignored Ayefele's presence even when the organizers told him that Ayefele was in the hall,Atorise only looked the other side.

At a point, one of the organizers of the event came to him and took him to the table where Ayefele was seated.Atorise greeted everybody sitting at the table but ignored Ayefele while he greeted others and left the hall immediately.

This act of Atorise made us to nose around for what could be the cause of this cold war between the two gospel brothers and we gathered that earlier this year, March to be precise, both Atorise and Ayefele were billed to perform at an Easter programme in faraway America.

We gathered that on getting to the venue,Ayefele met the shocker of his life when he saw the banner and other forms of awareness of the event in which Atorise's picture was boldly on the canvass.Aside the bold pictures,Atorise was also referred to as king of gospel music while Ayefele's name just got a mention on the banner.

It was said that though Ayefele felt bad,he just had to perform as he was already paid but that he made known his grievances.

Many say the banner was a coup planned by Atorise's fans to embarrass Ayefele while some claimed the US. is a stronghold of Atorise thus they have his big and bold picture on the banner since that incident, there has been a cold war between the two gospel singers.