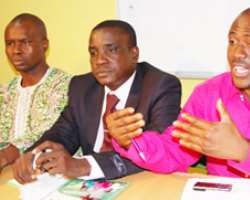 The Executive Secretary of Universal Basic Education Commission, Dr. Ahmed Modibbo Mohammed, has commended Jigawa State Government for accessing its 2011 fund and also for embarking on silent revolution in basic education. He said the commission would continue to encourage states like Jigawa to be top-performing, as he called on other states to emulate Jigawa State.

Responding, the Governor of Jigawa State, Alhaji Sule Lamido, said education remained the only key that opened human civilisation. He said his administration believed in collaboration, adding that he would collaborate with the commission for effective implementation of UBE projects in the state.

He lamented that present leaders had neglected their roles and that was why the youths were being led into social vices.

The governor also appealed to the management of the commission to liberalise the conditions of accessing the funds, adding that he wanted Jigawa State to be a reference point. Some of the projects visited by the executive secretary and his team in Jigawa State were:

In a similar development, the Governor of Yobe State, Alhaji Ibrahim Geidam, has said the state government would henceforth pay its counterpart fund promptly to access the UBE fund o fast-track its educational development. He warned that no state could make meaningful progress in development without a sound educational foundation.

According to him, despite the poor revenue base of the state, the state government had spent over 26 per cent of its annual budget on the education sub-sector. He stressed that when he assumed office in 2007, the pupils' performance in Junior Secondary School Certificate was declining progressively because of shortage of personnel but his government decided to address the situation immediately by engaging qualified teachers.

He informed the executive secretary that the state government had also built one modern boarding primary school in each local government area and that the primary schools were equipped with all the essential facilities.

To boost primary education in the state, the governor said the state government had procured vehicles for each of the Local Government Education Authorities and seven zonal offices as well as classroom furniture, among others.

Earlier in his speech, Modibbo said he was in the state to inspect ongoing UBE projects.

'We have been discussing with your SUBEB on the need to fast-track the accessing of educationally disadvantage fund lying down in the commission, which has no counterpart fund,' he said.