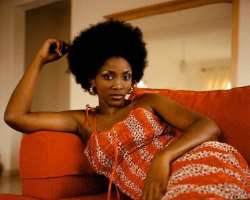 Genevieve Nnaji has turned out to be the best that the Nigerian movie industry known as Nollywood can boast of in the international market at the moment going by her exploit in the make believe business.

Aside being the most-sought after by the producers, the very pretty lady has been able to register her presence in the international market that top producers now consider her for top movie jobs.

The mother of one would have emerged the new Bond Girl but she lost it by the whiskers to another Hollywood star.

As her career seems to be flying north, we sourced that the mother of one has been penciled down by yet another producer to star alongside American super star Angelina Jolie in another block buster movie.

We shall keep you posted as event unfold.