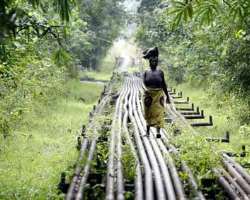 In the last few weeks I have tried to reflect and make sense out of the labour war with government over N600 per day. The fight for N18K a month, the more I reflect on it, the less sense I seem to be able to make of it.

There are so many part of the whole drama that does not make any sense. Off course very few things does make sense in these clime. How a family of 6 survives on N600 is nothing short of the kind of miracle preached by another breed of not-making-sense group of Nigerians who make millions of them.

It is in this light that this week I will spare Mr. President, although not in totality because the actions or inactions of his crew will determine the kind of transformation we will witness in the next 3 years plus. So I have decided to admonish his economic team with some home truths and ask Nigerians some questions.

Before I go far despite all the criticism, advice, and certainly sycophancy around, our democracy is growing, the only point of debate is which direction it is growing, it remains to be seen if it is pro-de-retro-gressive or stagnant.

During the just concluded Ministerial post UME conducted by the Senate, I listened to the likes of Ngozi, Olusegun Aganga, and others, on one side of the mouth say all is not well, and on the other side say there is no cause for alarm.

They spoke brilliantly by Nigerian standards; anyway, we have never lacked speakers with oratory skills. As they tried to convince us that all is well, I have equally watched as the surviving banks continue to declare profits in billions of Naira and wondered where the billions where coming from and going to.

All talk and glitz, I and many Nigerians continue to watch as the nation is milked in billions and trillions, while the populace cry for a few hundreds and thousands that would take them to the next bus stop.

The trend has continued to be that of a lone mansion in the middle of a village with no road, no water, no hospital and the villagers tell you "Don't you know the owner, he/she is in Abuja, or he/she is ex-that or present-this".

After several decades and billions, we are still looking for road maps, where there are no geographical maps, setting agendas with no intent, transforming things that have not been formed.

Yet, our leaders continue in their practice of reeling out figures, GDP, PDP and all sorts of figures that do little or nothing in improving lives—voodoo economics.

"Report by the National Bureau of Statistics (NBS) had shown that the Consumer Price Index (CPI), the basket used to measure inflation in Nigeria, slumped to 10.2 per cent year-on-year, in June, from 12.4 per cent in May”. What does this mean to the newspaper vendor that only needs N3, 500 for tuition in a local I 'pass my neighbour' Kindergarten School that government has failed to provide?

The report went on to say “...The latest figure is the lowest since 2009. The urban 'All Items' monthly index had also risen by 0.7 per cent while the corresponding rural index rose by 1.1 percent when compared with the preceding month". This is meaningless to the barbershop that only wants steady supply of electricity to be in business.

How many measures of rice is the above economic voodoo, or how many litres of cooking oil would that mean. The billions and trillions cannot put food on the table; they tell us that inflation fluctuated from 12.1 per cent, to 11.1 per cent, to 12.8 per cent, 11.3 per cent and to 12.4 per cent in January, February, March, April and May respectively. But the ordinary man knows at that point he could barely buy Kerosene, infact the product was nowhere at regulated price.

We cannot make sense of our new found love for trillions as the budgets are now. A simple track of our budgetary process tells you the story, there are no drugs in the hospitals, roads are in terrible shape, schools with dilapidated structures and we are building new ones because it has been budgeted for, money must be spent and the rest is history.

And with a budget that at best performs fully at a shameful 20% in terms of deliverables and tangibles to the populace, we say we are doing well economically. For a system where 70% goes into salaries and remuneration of the political class, we are taking giant leaps and transforming.

Only last week, a loved one had a baby at the Jos University Teaching Hospital and there was no water...? Fact is that it was in the budget, but reality is, the money had not been released, it was a few thousands, but the Chief Medical Director's salary had been released, it was some millions.

Which exactly are the priorities of this once great nation? I know a road that has become a death trap in the eastern part of the nation, that road has been budgeted for in seven layers for four years running, the Federal, Senatorial, Rep, State, State House, Local Government and Ward...and the road is still there and remains, a pathway to death for the populace and source of income for the politicians and their lackeys.

Our schools do not work, yet private schools are working both quacks and standard ones, our health system is on the verge but a look at how many health VISAs are issued Nigerian politicians tell you the story and off course you need not ask, where the trillions are going.

We hear that we are doing the same thing Japan, Malaysia, Indonesia did, the only difference is that we are here and nowhere and they are there and somewhere, and many continue to get the Nigerian result, because ours is simply one big voodoo exercise.

A Minister tells Nigerians that we are sitting on N2trillion of pensioners fund and you need key to unlock, while pensioners are dropping dead. Anyway considering our voodoo economics maybe it's not bad that it is still under lock until ready to be stolen or wasted.

A nation of two extremes, at the state level we watch all the drama and voodoo of Private-Public Partner in various states that is a conduit pipe for an already leaking system, and the people continue to suffer. At the Federal level we see all kinds of ponzhi schemes by the ruling party and inconsistencies by the opposition.

Our economic voodoo is what makes us a nation at war because of an Islamic bank that is interest free and by option, because of a banking system that could simply be called Non-interest Banking, just like Universities owned by Churches are called Christian Schools and are optional, but we fight everything and nothing as poverty of both pocket and mind trouble us.