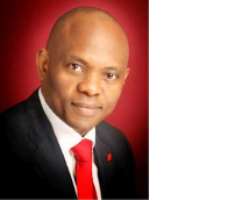 The Tony Elumelu Foundation (TEF) today announced that its Founding Patron and renowned Harvard Business School Professor Michael E. Porter, will participate in workshops and address the Foundation's first class of interns, capping the inaugural African Markets Internship Programme (AMIP) that has placed some of the world's brightest young business students in executive suites in African owned businesses across the continent.

Professor Porter, recognised as the father of the modern strategy field and ranked globally as the most influential thinker on management and competitiveness, will speak at the TEF programme's session-ending events on Sunday afternoon, August 7, 2011.

Professor Porter will lead two strategy workshops with the interns and the host business CEOs in which they will discuss their projects and lessons from the programme before the group and receive feedback, thoughts and strategic consultation on the way forward.   The sessions will include a focus on the industries represented in the 2011 programme-media, agriculture, private equity.

'Our African Markets Internship Programme combines two ingredients that could put Africa on the fast-track to transformation: top-tier students whose talents we bring to bear in the world's fastest-growing markets and the world's keenest business minds, such as Michael Porter, whose ideas have shaped national markets and triggered regional development,' said Founder of TEF and Chairman of Heirs Holdings Tony O. Elumelu, MFR. 'It is unique in Africa.'

In his keynote address, on 'Creating Shared Value,' Porter will discuss his paradigms on operating business efficiently and solving social challenges, which can be applied to the 10-week projects the interns worked on, as well as work with the host businesses CEOs to think through strategies to overcome industry and environmental challenges in the different regions of the continent.

'Over the next few years, Africa will approach a turning point in its economic development,' Porter said. 'Its key business leaders could reinvent capitalism on both a local and continental scale if they are able to unleash innovation to drive growth in this region's economies. As such, the fate of Africa rests upon the shoulders of a new generation of entrepreneurs and visionary corporate leaders.'

According to Efe Odeleye, programme manager for TEF's AMIP, 'This new generation of entrepreneurs and business leaders can be found at both ends of AMIP, as interns and host businesses. They represent the diversity and depth of African innovation and talent, and also demonstrate the interest of top business students from outside the continent in making contributions to Africa's growth through the private sector.'

This diversity can be observed through the different projects the interns have embarked on.   Over her internship in Nigeria, Julia Otis, a Yale School of Management first year student, interned with NN24 where she undertook an extensive market study to determine the cable news station's audience, reach and perception in their quest to become 'the African CNN'. Julia has rolled her market study into broader analyses that projects NN24's outlook, and makes recommendations to the management team on the way forward.   CEO of NN24, Anthony Dara, called her work 'critical, timely and key to redefining our image and honing our viewership base.'

In all, 11 host businesses in Lagos, Nigeria, Accra, Ghana and Nairobi, Kenya, all led by individuals in their thirties or forties, have added capacity, knowledge, and in some cases, financing to their businesses as a result of the programme. In Lagos, Brandeis University International Business School first-year student and banker, Azuka Okofu, helped his host business, E-Motion Advertising to close a multi-million dollar investment deal with the Swiss government. E-Motion controls prime advertising real estate along four kilometers of one of Lagos' most valuable expressways that cuts through the heart of the commercial center, Victoria Island.   'We could not have done it without him' remarked CEO Simdul Shagaya.

Cameroonian AMIP intern, Zekebweliwai Geh, Harvard Kennedy School first year, who brings experience from his work at the IFC to Injaro Investments, a Ghanaian private equity firm with a presence in a few of West Africa's English and French speaking countries. Zeke is working on deals that expand the number of impact investments in the region. 'Zeke's keen understanding of finance, dexterity with models, and holistic developmental underpinning is making him a effective team member when it comes to Injaro's impact investment deals, regardless of whether they're in in Ghana or Burkina Faso,' says Jerry Parkes, MD of Injaro Investments.

Through TEF and Heirs Holdings, Elumelu uses his experience and resources to spur African development. The internship programme, for example, seeks to infuse the private sector with business talent that serves African interests by using market tools to solve these problems while meeting demand in burgeoning markets.

'Professor Porter's commentary and his ideas can only drive home the significance of the interns' life-altering experiences, which included making executive presentations and contributing to decision making processes at host companies,' said the Foundation's CEO, Dr. Wiebe Boer. 'The internship creates a pipeline of talent to serve Africa's interests and opens recruitment opportunities for African firms. The internship also takes on global significance. If the interns decide to leave Africa, their experiences will be transferable to emerging markets worldwide.'

About The Tony Elumelu Foundation:
The Tony Elumelu Foundation is an Africa-based and African-funded not-for-profit institution, dedicated to the promotion and celebration of excellence in business leadership and entrepreneurship across Africa. As a 21st century catalytic philanthropy, the Foundation is committed to economic transformation in Africa by enhancing the competitiveness and growth of the African private sector.