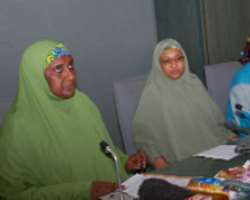 Photo: MUDASHIRU ATANDA
Once more Ramadhan is coming to us with all its blessings. Blessed are those who could welcome this holy month. Last year, many were here with us to welcome and to bid farewell to Ramadhan. But now they are under the earth. And can we take a share in the next Ramadhan? Allah knows best.

A Muslim does not doubt in that the best of all months is Ramadhan and the virtues of Ramadhan are out of limitation. But where he fails is in exploiting the moments in Ramadhan as they deserve. May Allah help us in utilizing the blessed moments of the month in all kinds of virtues by which we can escape in the Hereafter.

What is Ramadhan?
Ramadhan is the ninth month of Hijra Calendar. There are many opinions as to the origin of the name Ramadhan. According to some of the linguists, the word Ramadhan means that which is setting ablaze. This literal meaning is very near to the technical sense. Ramadhan is the month, which burns the sins of the believers. Ibnu Asakir (in his Tareekh) has reported a Hadeeth from Sayyida Aisha. She asked the messenger of Allah Sallallahu Alaihi wasallam 'Why Ramadhan is named so?' He told 'In the month of Ramadhan Allah will forgive and burn the sins of the believers'

Some scholars opine that it is Karaaha (undesirable) to use the word Ramadhan without using Shahr (month), that is to say the month of Ramadhan.

1. Ra (Ridhwanullah) - The Pleasure of Allah
2- Ma (Mahabbatullah) - The love of Allah
3- Dha (Dhamanullah) – The protection of Allah
4- A (Ilfullah) - The nearness of Allah
5- N (Noorullah) The light of Allah
Fasting in the month of Ramadan is one of the 'pillars' of the Islamic faith. No proof is required to establish its being obligatory (wajib) and one denying it goes out of the fold of Islam, because it is obvious, like Salat, to the learned and the unlettered, the elderly and the young. It was declared an obligatory duty (fardh) in the second year of the Hijra upon each and every Mukallaf (one capable of carrying out religious duties, i.e. a sane adult).

In the month of Ramadhan the reward for the virtues will be doubled into ten to seven thousand times. Why was Ramadhan distinguished from other months of a year by this great position?

Because, Ramadhan is the month of the revelation of The Holy Quraan

Allah says: Ramadhan is the month during which the Quran was revealed, providing guidance for the people, clear teachings, and the statute book. Those of you who witness this month shall fast therein. Those who are ill or traveling may substitute the same number of other days. Allah wishes for you convenience, not hardship, that you may fulfill your obligations, and to glorify Allah for guiding you, and to express your appreciation. (Al Baqara:185)

The door of Heaven is opened
Imam Ahmad and Imam Nasa'i reported a Hadeeth from Aboo Huraira, Radhiyallahu anhu. He told: The messenger of Allah Sallallahu Alaihi wasallam would give glad tidings to his companions at the coming of the Month of Ramadhan. He would tell them:

The blessed month of Ramadhan came to you. Allah has prescribed to you the fasting of that month in which the doors of heaven will be opened and the doors of Hell will be closed and the Satans will be shackled. And in the month there is a night, which is better than a thousand months. If one is prevented its virtue, he is prevented (all virtues).

And in another Hadeeth we can read this: 'If the people know what is in Ramadhan my Ummah will wish all the year to be Ramadhan'

Lailatul Qadr
Another feature of The Ramadhan is that it is honoured with a night which is more blessed than a thousand months. It is clearly stated in Sura al Qadr:

We have indeed revealed this (Message) in the Night of Power: And what will explain to thee what the night of power is? The Night of Power is better than a thousand months. Therein come down the angels and the Spirit by Allah's permission, on every errand: Peace!…This until the rise of morn!

Salat Taraweeh
There is a special prayer in the Ramadhan known as Salat Taraweeh, which is done after the Isha prayer till the time of Subh. Taraweeh is done in twenty Rak'as with ten Salaams as it was done by the Salaf as Saliheen and is the custom even now in the two Harams (Masjid al Haram and the Haram in Madeenah). There came a lot of Hadeeth in the virtue of this supererogatory Salat. The messenger of Allah Sallallahu Alaihi wasallam told:

Who ever stands (praying) in Ramadhan with belief and expecting the reward, his past sins will be forgiven.

If the sight of the new moon is confirmed in a place the Hukm will be generalized to the near places (not remote places). If one travels from the place of sight to a place where the new moon was not confirmed, then he has to join with them in the last of the month (i.e., he has to take fast though he completed thirty) and should contradict them in the first of the month (i.e., he should not cut fasting, but has to continue his fasting).

If the people did not see the new moon of Shawwal after the completion of 30th of Ramadan they have cut the fast (and celebrate Eid), if they began fasting by any evidence of the Sharee'a (i.e., by the sight of a just man or by the completion of 30th of Sha'aban). But if they began fasting by the word of unjust (but they trusted him) they should not cut fasting.

The basis of the confirmation of the new moon is depended upon the sight, and not on the existence of moon on the horizon. So there is no consideration for the opinion of the astronomer or mathematician. And no one should follow them in this regard. So, everyone is expected to try to get the sight of new moon at the last of the month.