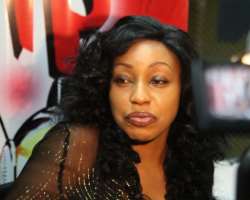 The theme song for this year's edition of The Headies Awards (formerly Hip Hop World Awards) premiered on Tuesday, July 13, 2011 on Lagos urban radio station BeatFM's 'The Morning Rush' show with Olisa and Oreka. Also live in the studio was Nollywood actress and co-host of the 2011 edition Rita Dominic.

It was Rita's birthday, and the awards procucers presented her with a special birthday cake which she cut at the station.