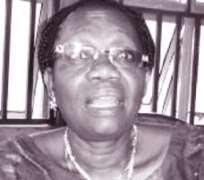 Having looked critically at the dangerous trend of events in the country in the recent time, a group of former Senators, under the aegis of South West Senators' Forum organised a retreat in Lagos where they condemned the spate of violence in the country.

At the end of the one-day retreat, the Forum was of the view that review of the constitution towards making the country a truly federal nation is imperative.

RAZAQ BAMIDELE, who was there, reports.
Retreat
Last Thursday, no viewer than 16 former Senators of the Federal Republic of Nigeria met at the famous Airport Hotel, Ikeja, Lagos to deliberate on the state of the nation which they said is drifting towards disintegration

To arrest the drift, the concerned Senators at the end of the retreat issued a 10-point communiquÃ© which they believed was the solution to the nation's woes.

Deliberation
At their deliberations, the concerned Senators asserted that high level of poverty as well as youth unemployment were the major causes of the incessant violent crisis in the country. They therefore warned that unless these twin root causes of violence were addressed effectively, the country would always be under a seriuos threa of insecurity.

In his welcome address, the chairman of the Forum, Senator Omololu Samuel Meroyi stated that 'the insecurity we are experiencing in the country is due to the failure of our economic plan and policies that have created a large pool of unemployed youth across the length and breadth of the country.'

He therefore argued that 'the economic fortune of Nigeria must be transformed to ensure peace,' warning that more Boko Harrams with different names would emerge to torment the country.

CommuniquÃ©
In the communiquÃ© read by the Forum's Publicity Secretary, Senator Sunday Fajimi to the newsmen after the retreat, President Goodluck Jonathan was challenged to tackle the menace of unemployment through stable power supply and aggressive agricultural project.

The Forum also saw the need for review of the constitution to allow for true federalism asserting that 'greater progress can only be made when there is true federalism because it will guarantee security of life and property.'

Attainment of true federalism, according to the communiquÃ© could only be possible through convocation of National conference where the polity would be restructured to allow for autonomy for every ethnic nationality in the country to develop at his own rate based on the availability of resources at his disposal.

The communiquÃ© also frowned at the large number of political appointees which it reasoned was the cause of expensive government the country was running, just as it blamed the collapse of infrastructure and decay in the family value on corruption warning that the decay would persist until the menace was nipped in the bud.

It further read thus: 'The forum noted and condemned the spate of bombings and politically motivated killings that has ravaged the entire country and calls for the governments and security agencies to strengthen their intelligence and information gathering machinery throughout the country; intensify efforts in protecting life and property

Conclusively, the Forum, having stressed the need for stable power supply for job creation wants 'appropriate section of the constitution amended to enable all tiers of government and the public generate and distribute electricity as a way of expediting power sufficiency.'

Members of the Forum also urged President Goodluck Jonathan to always consult with them with a view to tapping from their wealth of experience on policies that could move the country forward.