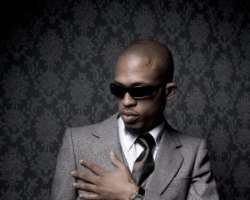 MTV African Music Award (MAMA)'s recipient for the Best New Act, Naeto Creal names Naeto Chikwe recently treated himself and pals to a superlative birthday bash at one of the posh nightclubs in the Lagos metropolis, Club Papas. The American returnee, who has been rocking the airwaves with his hit single, 'Kini Big Deal,' was said to have treated himself to a star studded birthday bash after the crew of My Funky Birthday got wind of his birth date and decided to spoil him by staging a birthday bash at Club Papas. Touted as one of Nigeria's best rap artiste at the moment, the Houston Texas-bred rap star 'flouted' all rules as he soaked himself in the fun of the night at the fun haven, which is situated on Akin Adesola Street, Victoria Island, Lagos. It should be of note that this is coming on the heels of 2face Idibia, Kenny Keke Ogungbe, Ruggedman and P-Square's birthday, which were all staged at the popular funhouse.