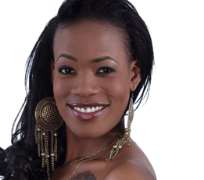 Vina burst into tears as Felicia's name was mentioned as the ninth Housemate to be evicted from the game.

She had earlier saved herself and placed Felicia on the chopping block, yet she could not handle the repercussions of her action.

Felicia stood side by side with her country mate, Lomwe, holding a flag of their native country of Malawi.