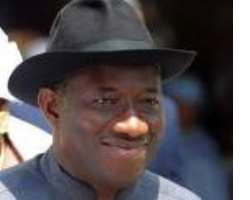 ABUJA-THE Senate reconvenes tomorrow with the screening of President Goodluck Jonathan's list of ministerial nominees on the top of its agenda.

Ahead of reconvening senators were, weekend, immersed in their internal struggle for pre-eminence. Northern senators at the end of a meeting, weekend, took a strong position to oppose what they described as an internal colonialism by the South over the North.

Besides the position of Senate Leader, senators are also divided on the propriety of the nomination of Senator George Akume as the Senate Minority Leader.

Some senators were believed to have planned to scuttle the nomination of Akume by the Action Congress of Nigeria, ACN, on the fact that his nomination is a violation of the Senate rules on ranking.

Bulk of former ministers to return
Meanwhile there were indications, yesterday, that President Jonathan may today return the bulk of his former cabinet to the Senate for screening. Senate president, Senator David Mark, was yet to get the list at press time, yesterday, though Senate sources were hopeful that the list would arrive today or early tomorrow.

Meanwhile, Vanguard gathered that infighting and intrigues among senior officials in the Presidency and the Peoples Democratic Party, PDP, was ongoing over the ministerial list with some interest groups battling one another for concessions.

In the most remarkable effort thus far, the former Minister of State for Works, Engr. Mike Ogiemwonyi was said to have been dropped in favour of his wife, Mrs. Stella Ogienwonyi who is to take the slot of Anambra State. Mrs Ogiemwonyi was the director of finance of the Goodluck Jonathan/Namadi Sambo Presidential Campaign Organisation and the brain behind the hugely successful Neigbour to Neighbour Campaign Organisation, one of the support groups to the PDP presidential campaign.

South west an exception
The Southwest is, however, an exception in the expectation of a mass return by former members of the cabinet. Presidency sources said, weekend, that Navy Captain Caleb Olubolade from Ekiti State who was minister of state for the Federal Capital Territory and Mr. Olusegun Aganga, from Lagos, who was former Minister of Finance may be the only ones to return to the cabinet from the region.

Also on the list are the Acting National Chairman of the PDP, Dr. Haliru Bello, who is to represent Kebbi State and Dr. Mrs. Ngozi Okonjo-Iweala who is reportedly representing the Southeast.

The nomination of Aganga to represent Lagos was at press time still raising confusion among party stakeholders from Lagos State with many of them raising issues on his suitability to represent the state.

Meanwhile, northern senators at the end of a meeting, Friday, resolved to fight for what they claimed was the right of the region to produce the Senate leader. The quest by the Northern senators follows the failure of the Southwest region to which the position was originally zoned to produce a ranking senator.

The quest by the Northern senators was, however, reportedly punctured by some of their senators who were said to have faulted the resolution supposedly on the fact that the position was originally zoned to the South.

S-South takes  Senate leader's position
A northern senator privy to the ongoing development said: 'Those sympathetic to the South have infiltrated our ranks and that is why we seem to be divided on the issue.' The South-South Senate caucus which has taken the position to itself following the failure of the Southwest has meanwhile adopted Senator Victor Ndoma-Egba, SAN, for the post.

Besides the issue of Senate leader, senators are waiting with anxiety on how the controversy trailing the nomination of Senator Akume for the position of Minority Leader is going to be resolved.

Akume's nomination has been faulted by some within the minority parties over what they claimed was the violation of the original proposal to name Senator Ganiyu Solomon for the position. Opponents of the nomination also fault Akume's nomination as having violated the Senate's standing rules on ranking which prescribes that seniority should be considered in the appointment of senators to principal office positions, committees and the leadership of Senate delegations.