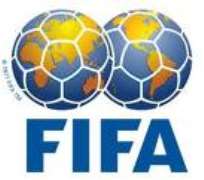 FIFA's commercial partners brandished the yellow card on Tuesday at football's world governing body over a welter of corruption allegations, saying they had tarnished the image of the beautiful game.

Coca-Cola, sponsor of the World Cup since 1978, said it found the claims of vote-buying in the build-up to the election for FIFA president 'distressing' while Dubai-based Emirates airline voiced its 'disappointment'.

Sportswear giant Adidas meanwhile warned that not only FIFA but the whole game was being tainted by the graft allegations which have already led to the suspension of two top executives suspended.

And US credit card giant Visa echoed the fears of Adidas by saying the claims were 'clearly not good for the game'.

'The current situation is clearly not good for the game and we ask that FIFA take all necessary steps to resolve the concerns that have been raised,' a Visa spokesman told AFP.

FIFA president Sepp Blatter, whose re-election appears assured after his only challenger was one of those suspended, has insisted there is no crisis within the governing body and any problems would be dealt with in-house.

But Coca-Cola made clear they expected swift action in a rare public rebuke for the Zurich-based organisation.

'The current allegations being raised are distressing and bad for the sport,' Coca Cola spokesman Petro Kacur told AFP.

'We have every expectation that FIFA will resolve this situation in an expedient and thorough manner.'

Coca Cola are one of six official partners of FIFA along with Adidas, Emirates, Visa, Hyundai and Sony.

The organisation can also boast the likes of Budweiser beer, the Castrol motor oil company, Continental tyres and fast-food giant McDonalds as sponsors of the World Cup.

Those tie-ups have been a key factor in FIFA's financial success, helping the governing body's four-year revenues go above four billion dollars for the first time last year after the World Cup in South Africa.

In a statement, Adidas insisted recent 'events do not bring into question our cooperation' with FIFA but made clear its worries about the long-term impact.

'The repeated accusations are good for neither the image of football nor FIFA itself,' a spokesman said.

Continental meanwhile said that it 'cannot approve of anything that negatively affects the reputation of professional soccer, the World Cup 2014 or the characteristics of this sport.'

Some of the most persistent corruption allegations have revolved around the controversial decision to award the tiny Gulf state of Qatar the right to host the 2022 World Cup, especially as temperatures at the time of the tournament can reach in the mid-40s.

Asian football chief Mohamed bin Hammam, who had been looking to end Blatter's 13-year rule before he was accused of trying to buy votes, is himself from Qatar and a player in the successful bid.

Bin Hamman has fiercely rejected the accusations but Emirates, based almost next door to Qatar in the United Arab Emirates, said the issue could not stay unresolved for long.

'Emirates, like all football fans around the world, is disappointed with the issues that are currently surrounding the administration of this sport,' Emirates spokesman Boutros Boutros said.

'Emirates' sponsorship of all FIFA tournaments, including the FIFA World Cup, aims to help promote football and ensure that it is accessible to the billions of football fans; something FIFA has managed to do extremely well in recent years.

'We hope that these issues will be resolved as soon as possible and the outcome will be in the interest of the game and sport in general.'