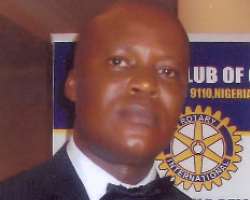 •Alex
As the zoning palaver in the Peoples Democratic Party (PDP) rages, a chieftain of the party in Enugu State, Dr Alex Chukwuemeka Obiechina, has decried the relegation of the South East to the fringes of the polity. According to him, the zone is not just 'marginalized but cheated and robbed in broad day light ' despite the support it gave the party at the general elections. As a form of passive resistance, he suggested that in the event that the zone did not get a better deal, the people should shun all federal appointments.

Obiechina also explained that he is challenging the reelection of Governor Sullivan Chime in court because, according to him, he was not validly nominated to fly the flag of the PDP. Recently, you went to court to challenge the Enugu PDP guber primary.

What are your prayers?
I went to court in connection with the gubernatorial primary purportedly conducted in Enugu State on January 12. This is because I feel that the conduct of the purported primary contravened certain expressed provisions of the electoral Act 2010 as ammended.

For instance, the Electoral Act 2010 as ammended, in section 87(4) (b) (1) empowered only the National Executive Committee (NEC) of the party to fix the dates of their primaries. The NEC of the PDP met for its 54th meeting on Tuesday, December 14, 2010 and fixed the gubernatorial primaries for January 9, 2011. This was published in the Weekly Trust and Punch newspapers on the December 18, 2010. The NEC of PDP did not meet again till Tuesday, January 18, 2011. My first question is, who authorized the purported guber primary of Enugu PDP on January 12?

Again, by virtue of the provision of section 85 (1) of the Electoral Act, any such dates fixed by the NEC of a party must be communicated to INEC at least 21 days to the holding of such a special congress or primary. On the January 11, a committee claiming to be conducting primaries in Enugu state brought a letter to the INEC in Enugu state requesting her to attend the purported primary election stated for the of January 12. My second poser is, can this one -day notice be taken for the 21 days notice required by the Electoral Act? There is the perception that the South East is being marginalized in zoning of political offices by PDP.

What is your take on this?
South East is not just marginalized but cheated and robbed. It is most painful that Nigerian leaders will seat at Abuja or Obudu and after due consideration of the immense contributions of the Igbo in Nigeria and great support for the ruling party (PDP) will decide to reduce the race to fringe players in the polity. The southeast zone voted massively for the PDP during the just concluded general elections ensuring that the party wins overwhelming majority of the seats at all levels. The zone lowered its ambition and lobbied for the speaker of the House of Representatives. Despite the fact that almost all candidates fielded in the zone on the platform of the PDP emerged winners at the polls her request was turned down and given to another zone where only three House of Representative candidates won on the party ticket.

The implication is that at the gathering of top most echelon of policy makers in this country to allot recourses and dispense justice, the Igbo will have no representation. And where membership is expanded, the Igbo man now comes as a deputy, watched by his boss as he speaks. Or may also come as the Secretary to the Government of the Federation (SGF), a non -elective position with the veil of civil service. One can imagine the quality of representation the South East is being subjected to. To rub salt upon injury, Obasanjo is poised to chose for the zone who to be so appointed. There is no worse way of humiliating a people.

The Igbo surely deserve a better deal.
While we await resolution of this injustice and unfair allocation of positions, I urge the Ohaneze to watch carefully and if the situation is not being addressed to direct the south easterners to reject all federal appointments, including ministerial, ambassadorial, special assistants and board membership etc as passive resistance. Also, South Eastern House of Representative members should align with their northern counterparts to ensure that the most qualified person clinches the post of the speaker. After all, if the arrangement is to maintain the status quo, the post of the national chairman of PDP would have remained in the southeast.

My case here is not to create or encourage division in the polity or the country but rather to stress the great need for unity. All confederating states of Nigeria must be seen and treated as important and there should not be any action taken either by omission or design to undermine or frustrate any. The paradox is that we cannot aim at building a united and powerful nation at same time undertake action that threatens our unity by marginalizing a section. Our push must be to build a united and prosperous nation. And to achieve this the central capitalism must work in tandem with the peripheral capitalism in Nigeria. I have great passion for a strong and united Nigeria.