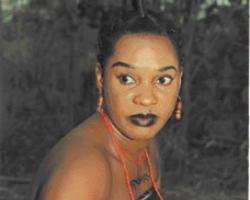 CHIEGE Alisigwe Ebbe could have been an acclaimed athlete. But perhaps she was not destined to be one. Fate had something else in stock for her: she became an actress, a tube goddess, one of the beauties that make Nollywood tick.

In early days at school, the Orlu Imo-State born Chiege was athletic champion for many years and would have gladly represented Enugu State at an earlier edition of the National Sports Festival, but for the politics of state of origin, which deprived her of that opportunity. That ended her dream of being a top athlete.

She gave acting a serious thought after her studies at the Institute of Management and Technology (IMT) Enugu, where she studied Fine and Applied Arts. An encounter with a family friend who was then a recognisable face in the movie industry provided the break. She had expressed the desire to do some serious acting to the family friend who informed her of an audition exercise at the Hotel Presidential in Enugu.

After her first role as Agu's wife in 'Igbodo' she soon got a lead role in the epic movie 'Oganigwe'.

She has since featured in over 60 home videos. Some producers have thought that Chiege would not last in the industry when she came in. They had thought she was a flash in the pan that would run out in no time.

But almost six years after, she is still waxing stronger in Nollywood, determined, she says, to prove that she is into acting good.

Chiege is married with a baby. She says her husband saw her on the screen, and that was how the attraction started. "He was so persistent until I decided one day to honour his date. But much later I discovered that his dad and mine were very good friends when they were young," she recalls her encounter with the love of her life.

She says she married early because she believes that there is respect is being married. "I know some people always ask why I married. I wanted it early because I believe when you are married you are more respected. I don't believe that a woman should remain single for the better part of her youth. Marriage attracts respect and it doesn't make you a lesser actress."

Some Chiege movies includes End of Dream, End of Money, Once a Soldier, Message, Traditional Marriage, My Portfolio, Sadist, Under Fire etc