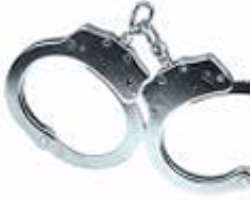 They are contending that the exhibits sought to be rejected were principally statements allegedly procured extra-judicially, by the EFCC from the accused persons and some of the prosecution witnesses in the case.

Borishade and others were arrested by the Economic and Financial Crimes Commission (EFCC) over allegation of bribery in the award of contract for the replacement of obsolete equipment in the airports.

They were all charged with criminal charge by the EFCC after they were arrested.

Already, the prosecution had opened its case and a list of documents had been tendered and admitted in evidence by the trial court.

But during yesterday's proceeding, counsel to Borishade, Mr. Joel Akomolafe objected to the procedure adopted by the EFCC counsel, Mr. Chile Okoroma in tendering exhibits against the accused persons.

He urged the court to expunge all the exhibits tendered so far in the case by the EFCC.

According to him, due process of the law was not followed in tendering the exhibits.

The witness called by the EFCC could not go on with his evidence yesterday because Akomolafe objected to the procedure adopted by Okoroma in tendering evidence.