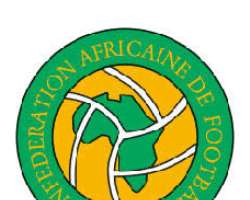 
Two Nigerian club sides, Enyimba International of Aba and Sunshine Stars of Akure, are primed for action in today's Orange CAF Champions League and Confederation Cup respectively, seeking for tickets to compete in next stages of those championships.

Whereas Enyimba takes on Union Sportive of Bitam, Gabon in an away fixture in the Champions League, Sunshine stays home in Ijebu-Ode to visiting Tiko United of Cameroon in a Confederation Cup encounter.

Despite posting a string of poor runs in the domestic league, Enyimba, two-time CAF Champions League winner, is condemned to fight to finish in Bitam. Expectation is high that the People's Elephant, which jetted out to Gabon on Friday, will come away with a descent result following its back-to-back 3-0 aggregate defeat of Saint Michel de Quenze of Congo in the preliminary round.

The team is returning to Africa's flagship club championship after it crashed out in the round of 16 in the Confederation Cup in 2010.

Currently placed 10th on the domestic league table, the Aba outfit, tutored by Coach Okey Emordi, who returned to the club's fold in 2009 after leading it to continental success in 2004, looks up to the duo of Kalu Uche in the attack and Josiah Maduabuchi in the midfield to shock the host team. Much is expected from young Rasheed Olaniyi, who has long graduated from the reserve. He so much tormented Saint Michel in Aba during the team's last international outing and might be providing the spark to roast Sportive at home.

The Aba side will rely heavily on the experience of the duo of Ekene Emigo and Okey Odita at the rear to provide security for Chijioke Ejiogu, whose goalkeeping prowess will give lots of confidence to the team as it tackles Union Sportive. Indeed, Enyimba must raise its game in Gabon if it must prevail over the host.

Union Sportive is every inch a good side having booked a dramatic passage to the second round.

It eliminated a crack Cameroonian side, Les Astress du Douala 3-5 on penalties after their two meetings ended barren. It featured in the CAF Champions League the very first and last time in 2004. Its return to the elite championship is an indication of the resurgence that has taken place in the team. Guided by sometime Cameroonian great defender, Emmanuel Kunde, the team is sure to give the People's Elephant a good run of the game.

Playing in Ijebu-Ode, Sunshine Stars, yet to kick the ball in the continent's second-tier club championship, is poised to test its readiness for Africa against Tiko United. The Akure-based team, which miraculously drew bye, will taste Africa for the first time. Judging by its current performance, no doubt exists about its readiness to triumph over the Cameroonians this evening.

Sunshine is second on the 20-team domestic league table, a clear indication that it stands on a very good stead to do well on the continent. Coached by Gbenga Ogunbote, the Stars would be sustained in the flight by the inspirational play of Ajani Ibrahim, the leading goal scorer in the Nigerian League with 10 goals. However, the team will miss the good runs of diminutive Ukeyima Akombo, who is down with injury.

But it can count on Cletus Itodo in the middle. Itodo will combine his superlative midfield play with his goal scoring ability to give Sunshine a good game. At the rear, defender James Moses would be on hand to keep the foraging Cameroonians at bay and give veteran continental championship goalkeeper, John Gaadi a breather.

Tiko United has been in Africa for sometime now. In 2009, it won the league in Cameroon for the first time and sealed a place in the CAF Champions League in 2010. The Cameroon's South West Province side dumped Arrodissement of Central African Republic 3-1 on aggregate in the preliminary game to set up today's clash.

Fondly called the Samba Boys, the team looks to keep its shoulders high after the game at the Gateway International Stadium, Ijebu-Ode while waiting for the second leg in Cameroon.