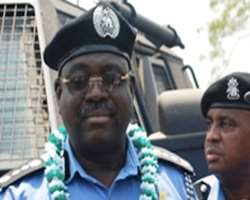 UYO, Feb 24, (THEWILL) – Six persons suspected to be kidnappers have been killed within the last two weeks by the Police in Akwa Ibom State according to its Commissioner of Police, Mr. Sani Magaji.

The suspects were reportedly killed at different locations in the state notorious for politically motivated kidnappings and murders.

The Police Commissioner made the disclosure Thursday while parading two suspects linked to kidnapping before journalists at the state police headquarters Ikot Akpan Abia.

Magaji stated that the police operatives who acted on a tip off were able to rescue a kidnap victim (name withheld) at Obio Itak village in Ikono Local Government Area.

According to him, the hoodlums had engaged the police in a fierce gun battle and in the process one of the suspects who was simply identified as Ubong, of Atai Obio Offot in Uyo LGA was killed, while Godwin Etuk of Edebom, Nsit Ibom was arrested.

He maintained that other members of the seven-man gang escaped with bullet wounds even as two vehicles used by the gang were recovered by the police.

The surviving suspect, Godwin James Etuk, who spoke with journalists, denied his involvement in any kidnapping plot, saying he is not a gang member. He said as a bricklayer, Ubong, (the deceased suspect) had hired him to survey a building site where he was to commence a building project.

According to Etuk, on their way back from the site, Ubong was driving at top speed when the Police suddenly opened fire at them near a traffic light killing Ubong instantly.

The state Police Public Relations Officer Mr. Onyekachi Orji who also spoke with journalists agreed that no weapon was recovered from the red VW Jetta sedan which Ubong and Etuk were riding in.

The Police however did not allow journalists access to the rescued victim ‘for security reasons’.

Recall that the Assistant Inspector General of Police In Charge of Zone 6, Mr. Muhammad Abubakar had handed the Akwa Ibom State Police Command a two-week ultimatum to improve security in the state or face sanctions.