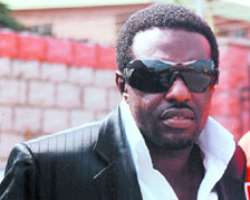 African Film Academy Awards (AMAA) 2011 will no doubt take a different shape this year, and perhaps, spring a lot of surprises as the event moves to Kenya. Information reaching us at the moment reveals that Nollywood's bad boy, Jim Iyke, will be present at the event for the first time.

Sunday Sun also gathered that Nollywood actresses, Rita Dominic and Omotola Jalade-Ekeinde, will headline the event in the East African country during the AMAA Nominations Night, which has been scheduled for February 25 at Laico Regency Hotel in Nairobi.

Over the years the awards presentation had been attended by numerous international media representatives, Hollywood celebrities, Nigerian politicians, other African politicians, journalists, film industry professionals, actors and actresses from across Africa. According to organisers of AMAA, the primary aim of AMAA is to facilitate the development and showcase the social relevance of African films and cinemas.

The awards are presented to recognise and honour excellence in professionals in the African film industry, including directors, actors and writers, as well as to unite the African continent through arts and culture.